Technological advancements have made the unthinkable quite possible.

Now, whenever I think of things that have made improvements, I wonder how our ancestors might have reacted.

Asking an AI to set multiple timers on a WATCH is mere magic.

Speaking of the watch, I am a proud owner of the Apple Watch Series 7. And it’s amazing, to say the least!

With a wide range of features that rival the fitness brands, the Apple Watch is an exciting smartwatch/accessory that will assist in your health and reduce smartphone usage, if that’s your goal.

One of the reasons many people buy an Apple Watch is to make fitness a priority – especially running.

In the last few years, running apps have developed to a point where one no longer needs an iPhone to track their runs, the Apple Watch alone is enough.

So today, I’ll be telling you about some of the best Apple Watch running apps that will help you shed that extra weight or just be fit.

DISCLAIMER: Before starting any exercise regime, you must consult your physician/family doctor and check for existing injuries so that it doesn’t affect your lifestyle.

Some apps also have built-in graphs and charts that showcase your progress. This feature can also motivate you to be a better version of yourself.

Following are the best Apple Watch running apps that will help you hit your stride.

Most of the apps are free and the paid ones are worth every penny! 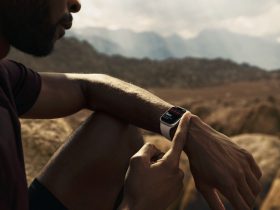 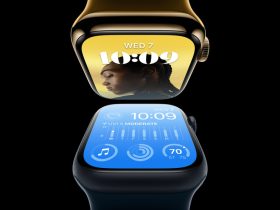 Woman finds about her pregnancy through her Apple Watch Nike has a deep relationship with Apple. Both have partnered on the Nike+ edition of the Apple Watch.

It includes a uniquely designed Nike sports watch band and a watch face.

No, you don’t need to have the Nike Watch or go out and replace it with one as Nike Run Club is available as a free app.

It will give you stats like pace, distance, heart rate, splits, and more.

The spotlight feature of the app is its free audio-guided runs.

You’ll also get customized coaching plans that will assist you in attaining your goals. It is fitting for an app that aims to help you attain your running goals.

With your attitude and ambition, you can achieve much more than a fit physique.

Strava is a great app for runners and cyclists as it works without an iPhone, thanks to the Apple Watch’s built-in GPS.

Even better if you have a cellular variant of the Apple Watch.

The fully-featured app is basic in terms of the features it has to offer.

If you don’t want to move on from Apple Watch’s native Workout app, you can continue to use it to track your runs and then export that data to Strava using a separate iOS app, HealthFit (₹449).

3. Map My Run by Under Armour Map My Run lives up to its name – it will map your run and encourage you to be consistent.

This is an excellent app that debuted as an app that measured running routes, but today it is a go-to app for runners.

Its features include tracking your runs, finding running routes, and getting your feedback so that your performance will be improved.

Another neat feature is that you can replace your running shows with the help of the Gear Tracker.

You’ll have to add your current shoes and once they bite the dust, the feature will notify you to get new shoes.

If you’re one of those runners who never know when to replace your running shoes, you can add your shoes to the app and the Gear Tracker will notify you when it’s time to get a new pair. You can also join the MapMyRun community to connect with other runners and stay motivated with fun challenges. Runkeeper is one of the most popular and tried-and-true running apps.

With its wide array of features, easy user interface, and efficiency, the app targets beginners and experienced marathoners.

Track your distance, time, pace with the app.

You can also adapt to a running routine with one of Runkeeper’s pre-created routes.

The app also lets you track biking or fitness walking.

If you are serious about keeping a runner’s routine, you can set goals with the app and watch how much you are progressing.

Those prepping for races, Runkeeper’s personalized training cycles come with full reminders to keep you on track, quite literally.

Oh yes, the built-in is worth it to feature on this list.

The Apple Workout app has been much improved since its launch.

As it has become more fitness-focused, the newest watchOS make it an even more powerful means for runners.

When you open the app, you can select from a host of workouts, such as Indoor run, Outdoor run, etc.

If you choose to use your iPhone with the Watch, you can see the distance you run, heart rate, duration, current pace, active/total calories, etc.

You can choose what data is displayed on your watch.

Apple has also added cadence tracking, automatic exercise detection, rolling pace, which are all helpful in keeping a track of your runs. If you want to run a marathon but have no clue where to begin, C25K 5K Trainer is an amazing start.

The app’s main goal is to transform couch potatoes into runners in just eight weeks. Yes, you read that right!

You’ll get three workouts each week and keeping track of your progress and routes is easy.

You’ll find pre-designed training plans, which are perfect for beginners.

Those include a blend of running and walking, that will steadily build up your energy and stamina. This will put you into a natural running habit.

To keep you motivated, you’ll hear verbal feedback while you are running.

The best part of the app is its simplicity – anyone can use it without needing any tutorials. Adidas did a great job with its Runtastic application.

This is a feature-rich app that includes various sports, including running.

If you are a fitness freak, then you’ll be ecstatic to know that the app comes with several modes that include training, workout, and competition.

To make your urns more perfect, the app integrates with your preferred music player.

Those with health concerns can connect with a separate heart monitor.

As for other features, there’s GPS tracking for your routes. If you are quite serious about working out, then consider the premium version as the free version is pretty limited. The first paid app on this list, WorkOutDoors is one of the best extraordinary apps of Apple Watch apps for runners.

If you are someone who prefers stats over anything else, you’ll be happy to know that these stats are displayed on your watch.

The app has a superb combination of vector maps that shows you fully customizable data screens with up to 300 real-time metrics. That’s impressive!

These maps make it easier to communicate with on the watch screen. Surveying surrounding running terrain is possible, thanks to said maps.

You can easily zoom into areas with the Watch crown.

Although the app might look a bit technical, it is worth your time and energy. RunGo is a free Watch app that focuses on helping you run on terrains that are comfortable.

You are free to build your offline routes or you can select from over 400,000+ pre-installed routes.

The best part about the app is its capacity to cater to the visually impaired for voice assistance.

The routes I wrote about include run tours, racecourses, blended with local landmarks, and fascinating stories about the area.

There’s virtual run support for when you can’t get to those locations. Users can still learn about history. Another paid app on the list, Watch to 5K – Couch to 5km Run stands out amongst other couch to 5k apps on the App Store as it works independently from your iPhone.

The idea of the app is to get beginner runners to run up to 5k distance within two months and three runs a week.

When the music’s playing, the app will lower the volume, so that you can hear the audio cues telling you what you need to do and how you are doing so far.

Watch to 5K will track your distance, calories burned, pace, and heart rate all in real-time.

You can also view workouts in Apple’s Fitness app that are compatible with Apple Health. Neat, isn’t it?

As for the app, the user interface feels smooth which allows early beginners to get a grip on their first runs.

If you are looking for a ‘Couch to 5K’ Apple Watch app, this is the app you should be downloading.

Although they won’t directly help you in your running, listening to tracks you like while doing any workout will boost your confidence.

If you are deep into the Apple ecosystem, then I would suggest going for Apple Music. It’s a clear choice. The UI smoothly blends, which is obvious. With over 75 million songs, you’ll be hard-pressed to select from the ocean of great music.

Spotify, on the other hand, is the app I have been using for two years now. It follows a kitchen-sink approach as you’ll see podcasts, music, and a variety of playlists – all in one app, while you’ll have to use a different app for podcasts. The user interface is simple and works like a charm.

Yes, there are apps for every human requirement. But the running apps will only work if you stay consistent. Doesn’t matter if you are a beginner or resuming after an injury, just go for a run!

Can running help me lose weight?

Yes, running will help you lose weight. You’ll burn a lot of calories and it’s one of the cheapest exercises for weight loss, as you just need running shoes, track pants, a music playlist, and a track to run on. You see, the more you run, the more calories you’ll burn. Just start slow and keep increasing your kilometers/miles.

Can a Running App Replace Your Gym Membership?

If you use the gym primarily to run on the treadmill, you may find that using a running app to track your running stats and keep you motivated to run is a sufficient substitute. However, if you like to use other equipment and amenities at the gym and enjoy the face-to-face interaction with instructors and other gym members, you might regret giving up your membership.

In many cases, it works best to keep your gym membership and use a running app as a tool to supplement your training and help you reach your running-related goals.

These are the best Apple Watch running apps.

Track your runs, stay fit, and maintain a journey that will essentially elongate your life.

As of this article, there are innumerable running apps that might distract you from your first day on the track.

This list will focus on the apps that will help you attain your goal, no matter how farstretched it seems.

With the Apple Watch Series 6, the GPS has seen significant improvements, which means that the Cupertino giant’s wrist tracker will serve as more accurate distance tracking for outdoor runs.

What is your opinion about wearables/smartwatches? Are they worth your time and money? Have you ever owned one? If yes, which smartwatch are you currently using? What is your main usage?

Tell us in the comments below; we are curious to know.

Woman finds about her pregnancy through her Apple Watch 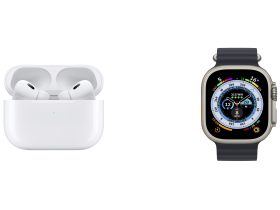