I have been an ardent fan of the Harry Potter movies for over a decade now. I say movies because I hadn’t read the books; I directly saw the movies and instantly fell for the magic. After I read the books, I understood why people preferred books over their movie adaptations. A while ago, I tried my first Harry Potter game, and I was petrified! They were amazing. Those plots, characters, moves, controls were perfect to wind down a hard day’s work.

There are over 15 games that follow Harry’s ordeal. But if you want to start with one, the titles alone might confuse you. So, I have made this list of Harry Potter PC Games that puts you in the characters’ shoes and fight the battles. Let’s explore the titles.

The first game on our list of Harry Potter PC games is Harry Potter Quidditch World Cup. It’s a sports action game whose prime plot is Quidditch, the fictional game in the Harry Potter Universe. Choose any house – Gryffindor, Hufflepuff, Ravenclaw, or Slytherin, and compete in the World Cup. There are one-off exhibition matches. Experience a Quidditch match by playing this game.

2. Harry Potter and The Half-Blood Prince

Harry Potter and The Half Blood-Prince is the next game on our list of Harry Potter PC games. This game stepped things up as EA (Electronic Arts) advanced things. It feels like it’s an open-world game. Thus, people want to explore the world – go to the castle, the grounds, or the Forbidden Forest. There are 150 Hogwarts crests hidden around for exploring. It’s the best Harry Potter games that you can try.

Immerse yourself in a humorous and less severe plotline of the Harry Potter realm by playing Lego Harry Potter: Years 5-7. You’ll need to collect all the LEGO pieces, unlock characters on the way, and find secrets. The game is quite addictive. No matter which year you play this game, it will always be enjoyable.

Yes, this is the prequel, but it’s equally good as compared to Years 5-7. After playing both the version, you’d notice that there isn’t much difference. The game style is familiar, while the map is quite amazing compared to its sequel. This is touted to be the largest open-world Harry Potter game to this day.

5. Harry Potter and The Goblet of Fire

The next game on our list of Harry Potter PC games is also considered a great Harry Potter film. The Goblet of Fire really set things in motion, which gave a face to Harry’s nemesis. An action-adventure game, it brings a fresh take on puzzle games. Your character won’t be able to roam freely, but it doesn’t affect the storyline. Moreover, Harry Potter and The Goblet of Fire was the first game to introduce the multiplayer option to the Potter realm.

6. Harry Potter and The Chamber of Secrets

Harry Potter and The Chamber of Secrets is a vast improvement over its predecessor. This action-adventure game follows the book closely. The execution has undoubtedly changed. If you play this game today, you might not like the graphics, but the gameplay is worthy of your time.

7. Harry Potter and The Prisoner of Azkaban

Harry Potter and The Prisoner of Azkaban is the next game on our list of Harry Potter PC games. It has a more serious tone as compared to the other two games launched before this one. It is an open-world game with a large castle and grounds along with mini-games. This game was also the first one to let players choose between Harry, Hermione, and Ron.

8. Harry Potter and The Order of The Phoenix

This game brought some thoughtful additions and is considered as one of the best built Harry Potter games. You’ll get to use the mini-map, which was replaced by Marauder’s Map. The exploration was fun as well. There are also lots of side-quests that players can be pick along the way.

9. Harry Potter and The Philosopher’s/Sorcerer’s Stone

The penultimate game on our list of Harry Potter PC games is Harry Potter and The Philosopher’s Stone. It has some weird controls, and standing still to cast spells is action-breaking. But the exploration fun is still trendy. It’s a lore-rich game that has many secrets to be explored by the players. No matter when you play this game, you’ll feel that you are a Hogwarts student.

Harry Potter and The Deathly Hallows: Part 2 is the last game on our list of Harry Potter PC games. The developers did try to change a few things after a critical panning for Part 1. Some side-missions were removed to focus on the gameplay, but I was all for it. I thoroughly enjoyed Professor Minerva fighting the trolls. The ‘apparition’ was also introduced that allowed players to teleport in and out of the massive battle scenes. Many acknowledged the change made to the gameplay.

Is there a Harry Potter game for PC?

Back in 2005, the World of Harry Potter was released for PC. The story followed the plot of the first three novels, including the Quidditch World Cup game.

The 1-4 games were good at the time of release. Some believe the 5-7 series is much better.

What games do they play in Harry Potter?

Is there talking in Lego Harry Potter?

There is no dialogue in the LEGO Harry Potter films. It uses over-the-top gestures to explain the jokes.

These are some of the best Harry Potter PC games you can play. There are a few titles available on the PlayStation 3 but a separate list some other day.

Which of the games, as mentioned above, have you played? A game, according to you, which captured the essence of the movie’s plot? Let us know in the comments below. 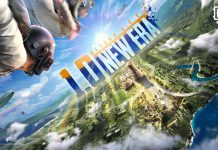 10 Amazing PC Games That are Available for Android 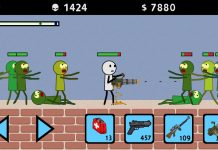 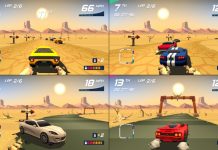