Apple launched three new Apple Watch catering to different users. Let’s look at the devices that are other form factors, features, and of course, their prices.

The flat Sapphire Crystal display has a 49mm Titanium casing with the brightest display on any smartwatch – 2,000 nits. The digital crown has a larger diameter that can be used even when wearing gloves. Apple has added a second, and there are three microphones.

The major upgrade is the battery life: 36 hours with a single charge and 60 hours with a feature to be enabled later this year.

The Watch Ultra has a Night Mode.

The watch has L1+L5 GPS, making it the most accurate GPS watch on the market. Apple also redesigned the compass app and added a siren so that you can sound it when you are lost. The second speaker serves this function.

The Watch Ultra is specifically designed for water sports with a WR100 and EN13319 rating. Oceanic+ is a new app for divers that details tides, water temperature, visibility, and more.

Apple calls the Watch Ultra their most Rudded Apple Watch ever as it has an advanced S8 SiP dual-core processor.

All the Watch Ultra models are cellular and start at $799. You can order it today, and it will be available on September 23.

The latest Apple Watch – the Series 8, was unveiled at Apple’s annual event. It was the first slew of devices disclosed alongside the iPhone 14 series and AirPods Pro 2. The presentation began with people whose lives were saved by Apple’s ECG alert – Atrial Fibliration. Apple also mentioned that the Apple Watch is the number one selling smartwatch in the world.

The design is identical to the Watch Series 7 but is equipped with an advanced S8 SiP dual-core processor.

New features include wrist temperature sensing for Women’s Health – ovulation. The Health app is guarded with privacy and supports scientific research. Ovulation is tracked with the help of body temperature so that family planning is detailed and planned.

Apple also mentioned that the Health app is end-to-end encrypted.

Another safety feature that was added is ‘Crash detection.’ It automatically calls emergency services when you are in a car crash. This is possible with two new motion sensors – one on the back of the watch and another under the display.

The Series 8 still has 18-hour battery life, but the new Low Power Mode can get up to 36 hours of battery life as it disables auto workout detection and Always On Display. This feature is not specific to the Series 8 as it will be made available to Watch four and later with watchOS 9, which will launch on September 12.

The Watch SE has the same case but has a redesigned matching back case made of a nylon composite material that makes it lighter. The new Apple Watch SE also has advanced features at a new low price with S8 SiP advanced dual-core processor, the same processor powering the Apple Watch Series 8 and Apple Watch Ultra. It is 20 percent faster than the previous generation.

It is available in Silver, Midnight, and Starlight aluminum cases in 40mm and 44mm.

The GPS Watch SE is available at $399, while the cellular model costs $499. It can be ordered today, and it will be available on September 16. 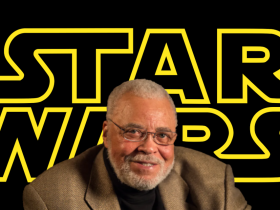