A Delaware judge on Thursday instructed a break to Twitter Inc’s lawsuit against Elon Musk ahead of trial. This gives Musk time to fund his $44 billion buyout of the social media platform.

Elon Musk and Twitter have been in the middle of litigation for quite some time now, and their incomplete deal is making the headlines daily.

The judge’s order said if the Tesla founder failed to close by her October 28, 5 pm deadline, she would schedule a trial for November.

According to Jude McCormick, “If the transaction does not close by 5 pm on October 28, 2022, the parties are instructed to contact me by email that evening to obtain November 2022 trial dates.”

Both sides now have nearly 20 days to reach a consensus, and if they fail, the court order will ultimately determine the owner of Twitter according to the evidence in hand.

Twitter said in a statement, “We look forward to closing the transaction at $54.20 by October 28th.”

Bloomberg reports that Musk still wants to sue Twitter executives for lying about the number of robot and spam accounts on the platform.

Moreover, Musk has decided to get $13 billion in debt financing to achieve his $44 billion offer. It is said that Morgan Stanley and seven other banks will give this money to Musk.

Sources reported that Musk’s lawyers had requested Twitter for a 30% and then a 10% discount, which the company rejected.

In an earlier court filing, Twitter urged the judge to reject the proposal, calling Musk’s plan “an invitation to further mischief and delay.” 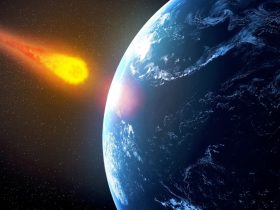