Shah Rukh Khan received, ‘Honorary Yusr,’ an honorary award recognizing his contribution to the film industry. Priyanka Chopra was at her glamourous best on the red carpet at the festival’s opening ceremony.

A video shows him greeting the paparazzi with ‘aadab,’ walking the red carpet.

Before the ceremony, Shah Rukh spoke to the Lebanese presenter Raya Abirached and said, “Film is everything, film is life.”

Priyanka wore a laboriously embellished beige and gold gown from the shelves of the couture label Tony Ward, and she styled it with jewels from Bulgari, as she is Bulgari’s global ambassador.

Meanwhile, Priyanka’s stylist and fan pages posted several inside photos and videos from the film festival on Instagram, giving a full glimpse of Priyanka’s outfit.

The festival saw a screening of ‘Dilwale Dulhania Le Jayenge,’ which was also attended by Bollywood actor and Shah Rukh’s co-star Kajol. A video from the event has SRK and Kajol on the stage as Shah Rukh performs an iconic dialogue from their film Baazigar. As Shah Rukh gets to the last line of the dialogue, ‘Haar kar jeetne vale ko Baazigar kehte hain,’ the audience gets louder and cheered them on.

AR Rahman was also present at the festival. He collaborated with SRK on many occasions.

Apart from Pathaan, which will release on 25th January 2023, SRK has two other releases lined up for 2023, Dunki and Jawan. 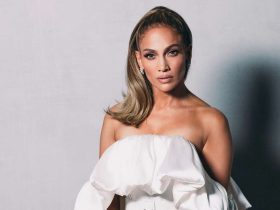