Apple just unveiled a slew of devices in its event streamed online in Apple Park. It kept the best for fourth last. There are 4 new iPhone models on the market this year, and iPhone Mini isn’t one of them. Apple unveiled the iPhone 14 model and a new 14 Plus model that looks much like the iPho3 Pro Max. It is now confirmed that the latter replaced the Mini series, mainly due to low sales and maybe because people are used to a bigger form factor.

Coming to their specifications, the iPhone 14 has a 6.1-inch display, and the iPhone 14 Plus has a 6.7-inch display. Both the phones are OLED, have 1,200 Nits, Super Retina Display, are covered in a ceramic shield, and have water and dust resistance.

Both the models are equipped with last year’s A15 Bionic chip with a 5-core GPU. This is Apple clearly differentiating from its base primarily.

The camera’s main sensor is 12MP with an f1.5 aperture, and the ultra-wide sensor remains the same. The 12MP selfie shooter gains autofocus for better selfies. The dual camera system comes with Photonic Engine that drastically improves low-light photos.

iPhones are known for their superb video quality, and iPhone 14 takes it a notch further. A new stabilization shooting mode called ‘Action mod’ supports Dolby Vision HDR. If you thought iPhone’s usual stabilization was good, this is fabulous. Apple event mentioned that this could replace a gimbal.

Two new safety features in the iPhone 14 series are Crash detection and Emergency SOS via satellite. The latter launches in November and is available for US and Canadian users.

Crash detection is possible with a new dual-core accelerometer that detects G-force measurements of up to 256Gs and a new high dynamic range gyroscope. If the user is in a car crash, the iPhone 14 will automatically dial emergency services, assuming that the user is unconscious.

The Emergency SOS via satellite combines custom components deeply integrated with software that allows antennas to connect directly to a satellite, so sending messages with emergency services when the user is outside of cellular or Wi-Fi coverage is possible. Seeing that satellites are moving targets with low bandwidth – which can take minutes for messages to get through – iPhone shows the user where to point their phone to connect to a satellite.

As for the battery life, Apple said the iPhone 14 Plus has the best battery life of any iPhone. Another biggest change is that all iPhone 14 models in the US will come with e-Sim. So, no sim tray.

These phones seem to replicate the Pro and Pro Max variants in their form factor. Scroll down to find out about Apple’s 2022 flagship phones. The 14 Pro models gain some new features. Let’s have a look at them:

The biggest change is the new pill-shaped notch, which Apple calls the ‘Dynamic Island.’ It can be interacted with via the software. You can see notifications, and calls, answer them, see text messages, see the next direction for maps, and control music, and it has third-party app support. Each alert has its own personality.

The iPhone 14 Pro models have finally gotten an Always-On display that operates at 1-hertz, thanks to its LTPO display technology. The entire lock screen acts as an AOD that dims when enabled.

As for the processor, the two new models get an A16 Bionic chip with a 4-nanometer chipset and a 6-core CPU.

The primary camera sensor is where Apple stressed. The 14 Pro models have a 48MP quad-pixel sensor with an f1.78 aperture, 24mm focal length, and 2x improvement for low light from the 13 Pro models. Moreover, there’s a new 2x telephoto option along with 0.5, 1x, and 3x. Apple said it is possible to shoot ProRAW at 48MP.

Cinematic Mode gets an upgrade: 4K at 24FPS or 30FPS. There’s also the new Action Mode that I wrote about in the above segment.

Apple does not mention the battery capacity, but this time, they didn’t say how long it is than the 13 Pro models, but both have all-day battery life. 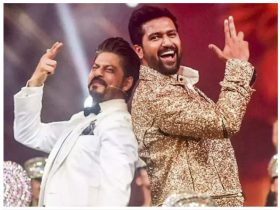 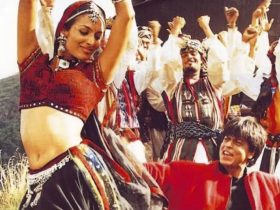