The impact of K-Pop culture on the world is growing daily. K-Dramas and Movies are also becoming popular worldwide.

It’s possible that you’ve heard of the song Gangnam style or seen references to BTS or Blackpink, but K-pop is more complex than we realize.

The communities of artists and groups that fans support are just as vibrant and fascinating as their own.

Whenever a K-pop fan meets another, they simply ask about their bias. It may be challenging for people who are new to or desire to follow K-pop culture to understand the meaning of bias.

Contents hide
What is a Bias in K-Pop?
What does Bias Wrecker mean?
Ultimate(ult) Bias?

What is a Bias in K-Pop?

Bias simply means your favorite idol from a K-pop group you are a fan of.

For example, you are fascinated by BlackPink, but who’s your favorite idol Jisoo, Jennie, Rosé, or Lisa?

If you like Jennie more than the other group members, your bias is Jennie.

It’s up to you to choose your bias.

What does Bias Wrecker mean?

Another group member known as a “bias wrecker” encourages fans to change their bias.

For example, Your bias is Jung Kook from BTS, but V is your bias wrecker.

It simply means that V’s screen presence, style, or deep vocals tempt you to choose him as your bias.

Your favorite bias among all of your biases is called an ult bias or ultimate bias.

For example, your bias is Jennie from BlackPink, Suga from BTS, and Nayeon from Twice. If you were asked to choose your favorite from Jennie, Suga, and Nayeon, whom would you choose??

If you chose Suga, then your ult bias or ultimate bias is Suga. 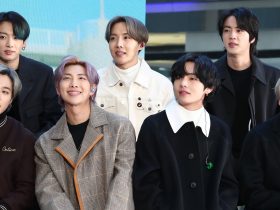 BTS boy band to serve in the military, starting with Jin