Adam Levine and Behati Prinsloo were spotted together on Tuesday after Sumner Stroh accused Adam Levine of cheating on his wife.

The couple was photographed by Daily Mail as they picked up their children from school near their home in Montecito, California.

Adam Levine of Maroon 5 wore a red t-shirt and shorts, while Behati wore a white t-shirt with her hair tied back.

The photos were taken shortly after Adam posted an Instagram story in response to model Sumner Stroh’s allegations.

Adam denied having an affair with anyone on Tuesday, though he admitted to crossing the line by engaging in flirtatious conversations.

He added, “my family is all I care about in this world.”

“To be so naive and stupid as to put the only thing that truly matters to me at risk was the biggest mistake I could ever make.” I’ll never do it again. I accept complete responsibility. “We’ll get through it, and we’ll get through it together,” he concluded.

Behati Prinsloo, who is pregnant, is yet to respond on this matter. 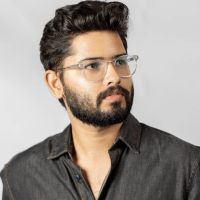