As a direct strike on the Chinese regime, the Indian Government banned over 150 Chinese applications in a month, citing “security concerns.” Many of the banned apps were popular among Indians, but the banning of WeChat and PUBG Mobile struck the most.

Call of Duty Mobile was quick to dissociate itself from Tencent, which saved its fate, but WeChat and PUBG Mobile weren’t so fortunate.

So, if you were an active chatter on WeChat and are missing its unique features, I’ve consolidated a list of WeChat alternatives in India. So, let’s dive in. 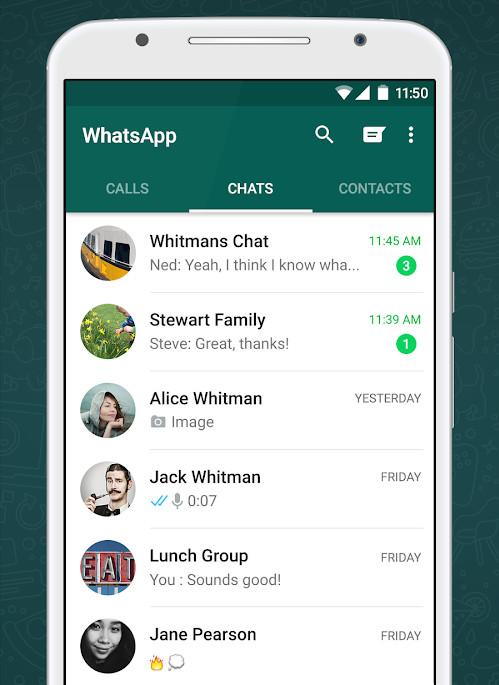 WhatsApp needs no introduction. The app is equally used by teenagers to elders who are efficient at forwarding ‘Good Morning’ messages. The Facebook-owned app has a carousel of features that make it one of the WeChat alternatives in India. Sending pictures, videos, documents, voice recordings, etc. is what WhatsApp excels at but the recent addition of dark mode, live stickers, group video calls is giving other apps a run for their money.

WhatsApp Web is another nifty feature that users take advantage of to sync their chats on their personal computers. It’s a must-have application but I won’t be its torch-bearer since many of you reading this already use it. Download it from the link below. 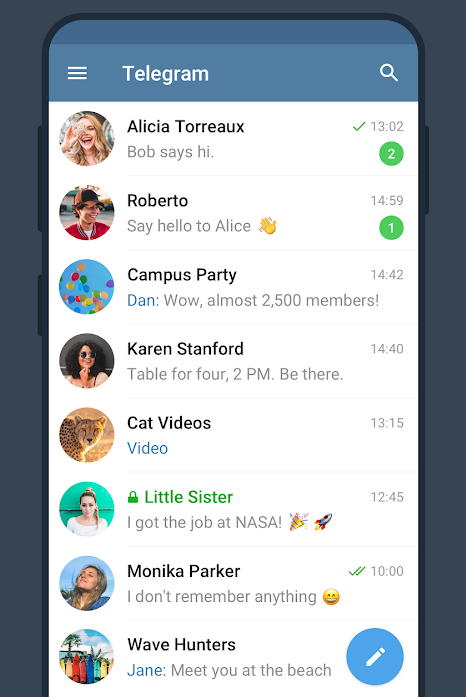 Telegram gives out a vibe of WeChat’s distant cousin. The app is secured with Diffie–Hellman secures key exchange, 2048-bit RSA encryption, and 256-bit symmetric AES encryption. That’s a lot of security for a chat application, but it’s secure. It can send large files with ease, which is why over 400 million people use it on a daily basis.

The user-interface is simple and might remind you of WeChat. Telegram lets 200,000 members chat in one group, which is a huge number. Download one of the best WeChat alternatives in India from the link below. 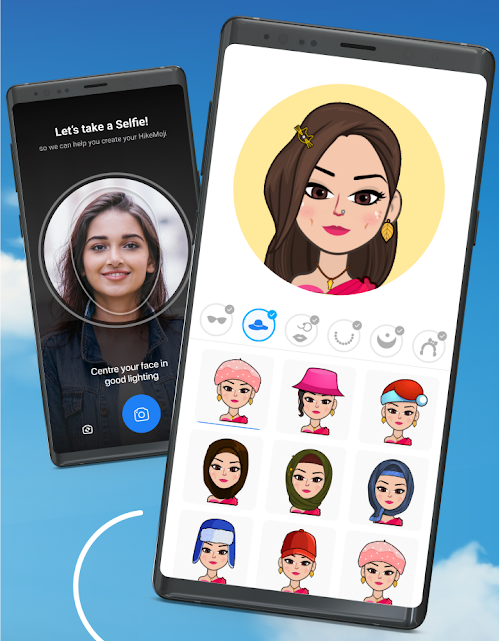 The only Made in India on this list, Hike Sticker Chat (also known as Hike Messenger), is quite similar to WeChat. There a hidden chat option that lets you hide chats from prying eyes. This feature is handy considering when you show a few images to your friends/family and they inadvertently (or on purpose) tap on one of the chats. Other features include HikeLand, HikeMoji, and the ability to watch content in unison. Of course, you can send media files on the app. Download it from the link below. 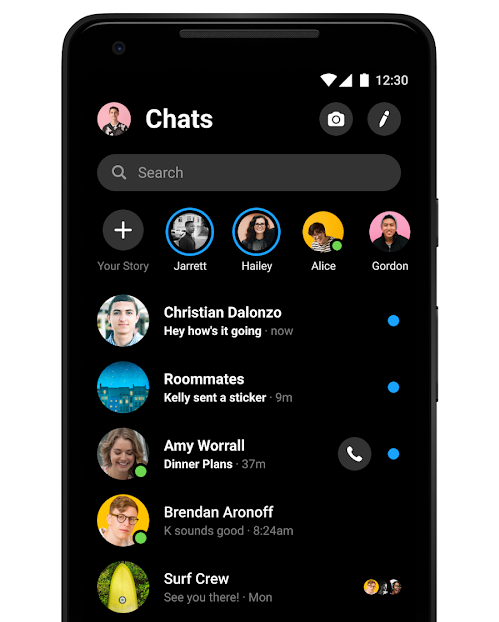 Facebook Messenger is a simple chat app that comes bundled with your Facebook account. If you use Facebook, Messenger is a fun chat app that connects you with your Facebook friends but if you don’t, like me, you’ll miss out on the fun. The app can let you do voice and video calls. Also, you can play mini-games with your friends. When it comes to video call, up to 50 members can participate in a conference call. It’s a good chat application if you meet certain requirements. Download Messenger from the link below.

Time and again, iMessage has been revered as the king of messaging applications. My iPhone buddies go on and on about it and for a good reason. iMessage has set a benchmark of how messaging apps should function. The deep integration with Apple devices, such as iPhones, Apple Watch, iPad, and Mac, is a testimony of how much of a great app it is.

The privacy policy is an added benefit. Users can take advantage of Animoji, Memoji, and other fun effects. The iMessage App Store adds to the experience which lets uses install apps and games inside the iMessage. Users can also use Apple Pay, the firm’s secure mobile payment system. If you use an iPhone, it comes as a built-in app. Unfortunately, Android users can’t use it. 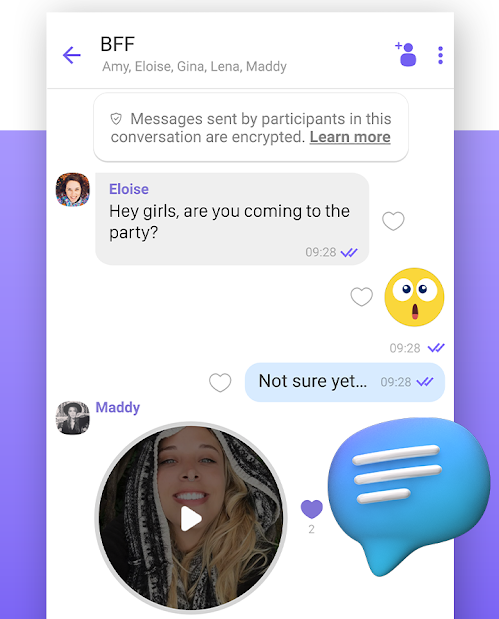 With over one billion users, Viber is one of the most popular WeChat alternatives in India. Earlier known as Rakuten Viber, this app can be used on iOS, Android, Windows, macOS, and Linux. If you switch between operating systems, Viber is the app for you. There’s multimedia support. You can also send stickers, GIFS, images, videos, documents, etc. Download it from the link below. 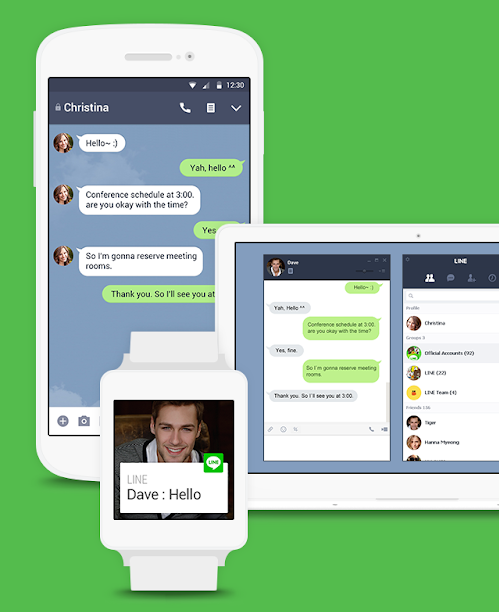 Line is a great but underrated WeChat alternative that can do everything WeChat did but a few more things that differentiate it from others. For instance, you can make international calls to landlines and phones at low rates. The UI is smooth and enables you to select a theme based on your mood. Download Line from the link below. 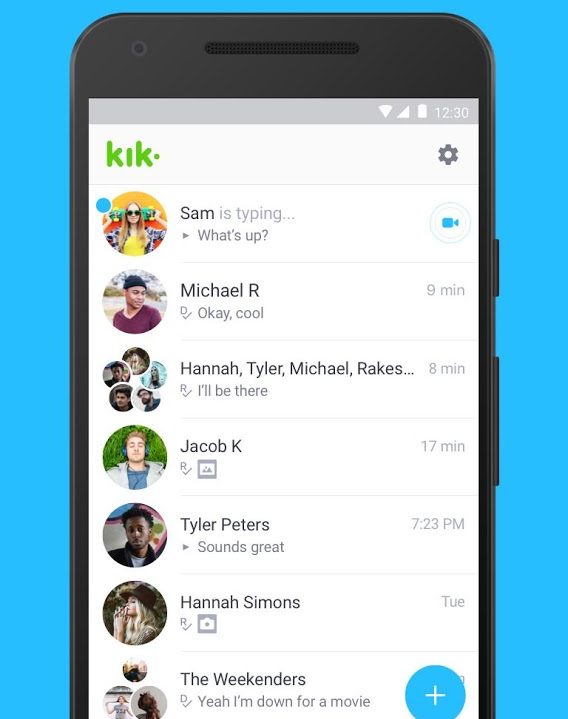 If you want to connect with people anonymously, KiK is the app for you. This is an amazing messaging app that is used by a myriad of online communities to have private conversations. You can instantly create communities based on your interest, such as current affairs, anime, news, etc. Since it focuses on privacy, you don’t need to register with your phone number. Simply come up with a username and register on Kik. You can also play quizzes, get tips, and news on this app. Download it from the link below. 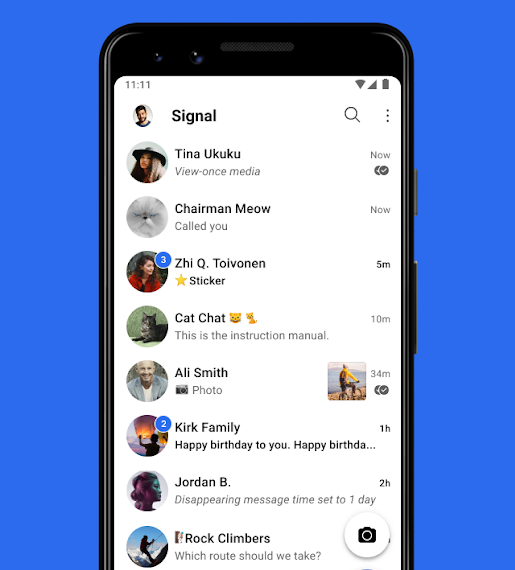 Signal Private Messenger is one of the best WeChat alternatives in India. It is a relatively new discovery but is used by many Indians. When security is concerned, it is an end to end data encrypted. You can chat with your friends and talk to them via voice or video call. The UI is clean and is user-focused. Signal’s open-source design lets coders tweak the app as per their needs. This is a great application. Download Signal Private Messenger. 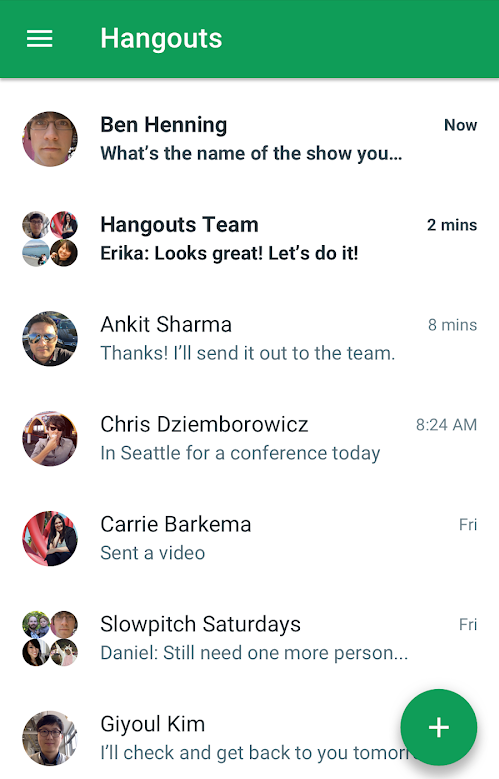 Google’s Hangout is a superb chat application that brings friends and families closer. You can create a group of 150 people which is amazing. The app allows free voice and video calls to up to 10 people in real-time. The user-interface is sleek and easy to navigate. One can also streamline their contacts to a single location. The best part about Hangouts is that you don’t require a phone number to sign up. 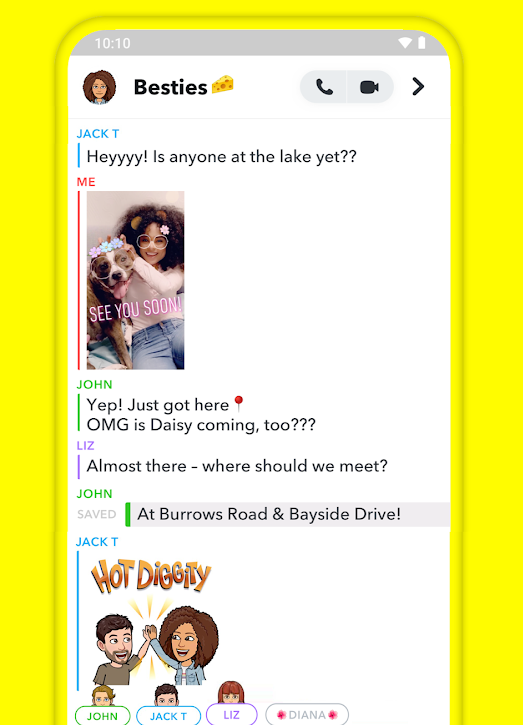 Even though Snapchat is positioned as a social media application, its privacy features make it a wonderful messaging app. The chats that you have with your friends disappear, so the fear of your chats “getting exposed” would no longer eat you from inside. The original pioneer of the ‘Stories’ feature, Snapchat also lets you play mini-games to keep you entertained. You can also send media to your contacts in no time. Snapchat is another one of the WeChat alternatives in India. Download it from the link below.

Is WeChat banned in India?

Yes, the Indian Government has banned WeChat and other Chinese applications. You can’t download it from any app store.

Yes, there are many apps like WeChat, and this article is full of them. WhatsApp. Telegram, Viber, etc. are a few WeChat alternatives in India.

Which is better, WeChat, or WhatsApp?

Since WeChat is banned, WhatsApp is better. It’s a bit restrained as compared to WeChat, but it’s ubiquitous.

Are WeChat and Viber similar?

Apart from being messaging applications, WeChat and Viber aren’t similar at all. WeChat is a Chinese app, whereas Viber is a Russian messaging app.

These were the best WeChat alternatives in India. All apps can do what WeChat did – being a messaging app. Apart from them, all the apps mentioned above differ in their way; they have a lot to offer that makes them viable replacements for WeChat. For me, Telegram comes closer to the Chinese application since it can transfer huge files without breaking a sweat.

Which app is a near-perfect alternative of WeChat for you? Did I miss any app on this list? Let us know in the comments below. 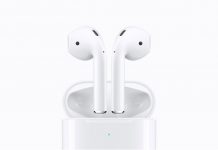