Most of you already know that Ubuntu is — at least arguably — the most popular Linux-based operating system. And that far from being something exotic that only techies can understand, it’s been branded as “Linux for Human Beings,” and comes in the form of a CD that you can download from their website, or even have mailed to your house for free by visiting https://shipit.ubuntu.com. Once you receive it, you can use it as a free upgrade for your PC or Mac, enhancing its capabilities with your choice of thousands of free software apps … all inside of a shiny, stable and virus-free new operating system, that you can choose to boot into instead of Windows or Leopard every time you start your computer.

Most of you already know that. But most of you probably don’t know what Ubuntu One is yet. This is because it was just created recently, and it wasn’t exactly released with a lot of fanfare. Instead, Canonical — the company that started the ball rolling with the Ubuntu project, and contributes the most to its development — quietly started Ubuntu One as an invitation-only project. And the invites have apparently been few.

Despite this, there’s been a ton of controversy about it. And there are a lot of people who believe, as I do, that if it’s not the worst thing to happen to Ubuntu then it’s definitely one of the worst. And it’s being forced on us, even though we don’t like it.

So what is it, and why is it so terrible?

What is Ubuntu One?

Have you ever heard of Dropbox? Or have you been seeking any good cloud storage in 2018? They’re a website that offers online data synchronization, and what that means is that you can use their website like an external hard drive or USB key. You can automatically have your data backed up on it, or you can copy files manually. Then you can access those files from any of your other computers, whether they run Windows, Leopard, or a Linux-based operating system like Ubuntu.

Ubuntu One is sort of like that. Like Dropbox, they offer you 2 GB of free online storage, and you can pay a subscription fee to get more. It’s limited in that it only works with Ubuntu, but in Ubuntu 9.10, coming out this October, it’s going to be tightly integrated into the Ubuntu operating system itself … sort of like how Apple’s MobileMe is tied into Leopard. You know how in Leopard, there are buttons like “Upload to MobileMe” that you can only use if you have a MobileMe subscription? That’s probably what it’s going to be like when Ubuntu One is tied into Ubuntu.

So what’s the problem, you ask? After all, Ubuntu One is free. Well, this is true … and supposedly, the code for the Ubuntu One client — the desktop software you use to access it — is free / Open-Source, too. But the code that runs on their servers, to manage the Ubuntu One website itself, is not. And that is the big problem.

The difference between “free software” that you don’t have to pay for and Free Software that’s Free / Open-Source, is that Free / Open-Source Software belongs to you. If it’s just “free,” that license agreement you click through when you install it says that it doesn’t belong to you … it belongs to whatever company made it, and you can’t make copies of it to give to your friends or do anything with it at all except use it on one computer. But if it’s Free / Open-Source, then the license agreement will say that you can do anything with it, except maybe prevent other people from doing the same. And it’ll also say that if you’re a programmer, you can look at the programming code any time that you want, and either help them debug/write new features for it or even make your own program based on it. You can read more about free / Open-Source software — or “organic” software, as the creators of Firefox put it — by clicking here.

When “free” software’s not free / Open-Source, it’s a bad thing. Because you may be okay with using it right now, but what if the people who make it change something about it? That’s what happened to millions of Windows users worldwide, when the new version of Microsoft Windows, Windows Vista, turned out to be a dud. It was extremely shiny, and a little more secure than the last version of Windows. But a lot of things didn’t work the same way, leaving millions of people confused. Worse, it didn’t work with a lot of Windows XP applications, from favorite old games to essential business productivity apps.

There’s a computer store in my hometown which has a sign that says “WE HAVE WINDOWS XP.” They’re one of the few places that still do, and it helps ensure they get lots of business. Windows XP is more stable than Windows Vista, and it still runs people’s favorite old programs. But what happens when they run out? What happens when Microsoft stops giving out critical security updates for Windows XP? What happens when they stop selling it to anyone, and when game companies and other people stop writing things that will run on it — because it’s just so old that it doesn’t run on modern computers anymore?

Ubuntu One is not like Ubuntu. It’s “free,” but it’s not Free / Open-Source. And you can give someone a copy of the desktop software that they’ll need to log in to Ubuntu One, but you can’t give them an Ubuntu One account. Only Canonical can do that. And what’s worse, Canonical controls everything about Ubuntu One. It only runs on Ubuntu because they say it only runs on Ubuntu. So you can’t share files with your other computers running Windows Vista or Leopard, and you can’t use the Ubuntu One code to make your own server.

What does that mean? If Ubuntu One were Free / Open-Source, then you or a techie friend could make your own server for it. So that when you clicked on the button to “Upload to Ubuntu One” — the kind of thing that’ll probably be everywhere in Ubuntu 9.10 — instead of uploading to Canonicals’ servers it could upload to yours or your friend’s. And you could access it from anywhere on any of your machines, without having to pay anything beyond the electric bill.

Even if you weren’t interested in doing any weird techie things like that, if Ubuntu One were Free / Open-Source you could be assured that if Canonical tried to do something to the Ubuntu One service that you didn’t like — like make “free” accounts cost money, or show advertisements, or make you have to install spyware of some kind in order to keep using it — that someone could take the Ubuntu One code and could make their own version. And that even if Canonical disbanded, or was bought out, or just plain decided they don’t like human beings anymore, you’d still have your Ubuntu One online backup.

These are the assurances that you have by using Ubuntu. Canonical may have gotten the ball rolling on it, but they don’t own Ubuntu. You own Ubuntu, and so does everyone else in the world because it is Free / Open-Source. And you can never be locked into using it, or even paying Canonical for tech support because anyone can give you a copy of Ubuntu or help you to fix it.

Nobody has that assurance with Ubuntu One. Nobody knows for sure if they’ll still be using it in ten years because they like using it, or because of they — like the gamers and businesses worldwide they’re still tied into using Microsoft Windows — have no other choice. Nobody … except for Canonical. Because Canonical owns Ubuntu One, and they’re just letting you use it.

You probably won’t have to use Ubuntu One in order to keep using Ubuntu. But it’ll always be there waving at you, and there will be buttons that will be grayed out, or that will tell you to sign up for Ubuntu One if you haven’t already. And if Ubuntu One succeeds, there are probably going to be more things like in the future … things that you don’t own, and can’t control.

Why is this? How did we let this happen? How did we become the kind of community that they thought would allow such a thing? Canonicals’ business model was supposed to be making money from Free / Open-Source Software. They knew that it would spread all over the world, and they said that they wanted to be in a position to take advantage of that. Well, it seems like they’re taking advantage of us instead, and it’s our fault for letting them do so.

Ubuntu is still the best free desktop operating system (well, either Ubuntu or Linux Mint). But Ubuntu One is not free. And if we accept it now, then there will be more bad things to come, all tied into Ubuntu as “premium” packages that you have to pay for in order for it to function correctly. Unless we say no to it right now … or look for a different free desktop which that we own, and that we don’t have to depend on anyone else for. 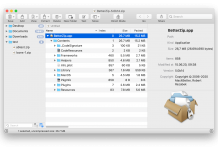 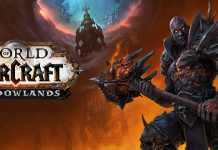 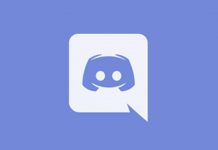