Audiophiles are very choosy when it comes to listening to songs which make them cruise the world but not everyone appreciates or possesses the talent to identify great music. Every one of us has been through a situation when we hum to a song but don’t know which song is it. Either we google the name or try to guess the lyrics, which is cumbersome. The only way is to download some song recognition apps which are available on the Play Store.

There are tonnes of apps which will do the work for you. Scroll down to know which apps you should download to identify your favorite songs in the café or the restaurant you often visit.

Worth Reading: 7 Best Lyrics Apps for Android To Sing Along With The Songs

Shazam by Apple Inc is the world’s most popular song-identifying app that promptly identifies songs with just one tap. It has over hundreds of millions of curious users, searching for the unknown tune. Besides recognizing songs, Shazam offers video clips, song lyrics, streaming services, and a few related tracks. These can be used on Shazam itself or you can buy the individual services. The lyrics layout is subtle and gives you tonnes of options.

If you are an audiophile, you’ll love this app as it provides song previews which can be added to your Spotify playlists. Offline services save you the hassle of being 24×7 connected to a network. Discovering new music? Use Shazam’s in-app top charts list to swing to new songs. Sync all your devices with one account instantly. Shazam lets you use quick links to Apple Music. So, use the magic word Shazam and discover your long list of playlists. 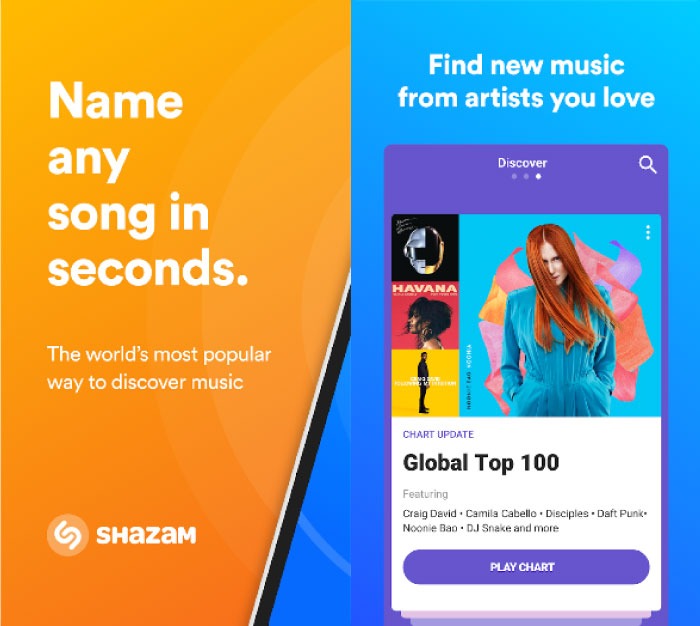 Think of SoundHound as a dog who sniffs out good music with a myriad of options. Discover-Play-Connect is the motto of SoundHound, who are hell-bent on giving music services that can topple any “real” music app like Apple Music. This app comes with a hotword to identify songs, so just say “Ok Hound” and place your phone near the music-emitting equipment and you are good to go. This command will also help you navigate through the app and you’ll also come across new music. SoundHound also allows you to connect your Spotify account for seamless playlist integration.

If users don’t have access to Spotify, SoundHound’s built-in YouTube Player will make sure you are entertained. LiveLyrics® gives you access to millions of song lyrics to let you groove with them, karaoke-style! If you fear deletion, the app keeps a history of the songs you’ve searched since its installation. So, be a sound-hound and download this app for a better audio experience. 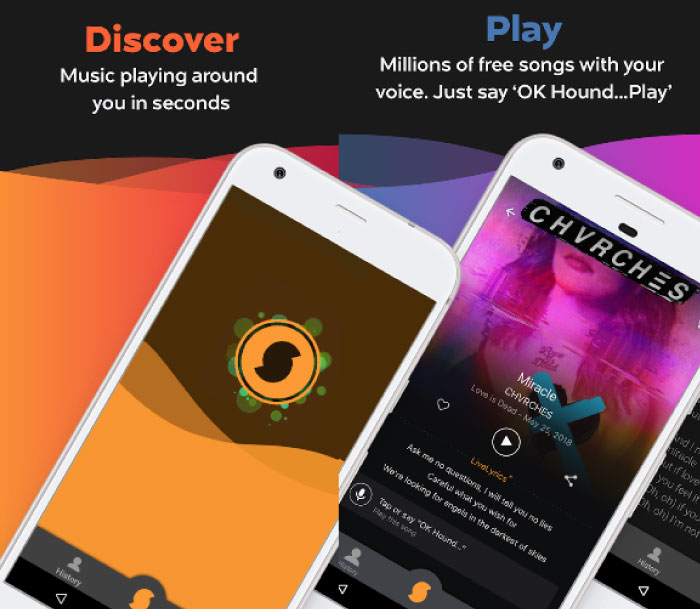 Beatfind is a straightforward app that contains ads but is a powerful song identifier. This app can visualize and identify songs around you instantly, without any fuss. Users get limited features but they shape the performance of this app. One neat feature of Beatfind is that the visualizer gets sound data from the phone’s microphone and it then synchronizes with music. There’s also a history of the songs recognized by this app so that the users can get a quick view. To enhance the app’s look, you get a flashy option of strobe lighting which syncs with your music. If you are a Spotify and YouTube user, listen to recognized songs on these sites. So, if you think this app is the one for you then go ahead and download it to enjoy any rhythm. 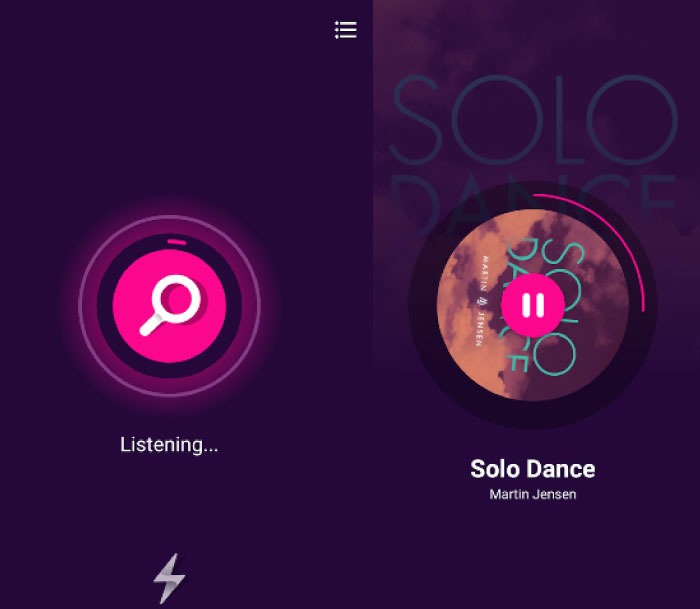 Musixmatch is a brave attempt which succeeded in its core attempt – lyrical entertainment. Hordes of music players provide you with great audio and music functionalities, obviously, but they are a few steps behind when it comes to making the listener understand the words coming out of a song. Musixmatch fills this loophole by giving users a built-in music player with song lyrics on top of it, giving it a peanut-butter effect. If you use streaming services like Spotify, Youtube, Pandora, Apple Music, SoundCloud, Google Play Music, then rejoice as the Floating Lyrics widget can identify songs not only from its in-built music player but also from the aforementioned apps.

‘Music has no language’ is a phrase that we’ve heard multiple times but Musixmatch actually implements it by giving music lovers across the world a quick translation feature in tandem with the music. So no barriers alright! Other nifty features such as lock screen embedding, following your favorite artists and collecting your recognized songs in a Spotify playlist is uber cool. If you rely heavily on the aesthetics of a song, then you’ll be happy to know that this app fetches a song’s information as well as the cover art. So, tap the link below to download this app and start mixing your music. 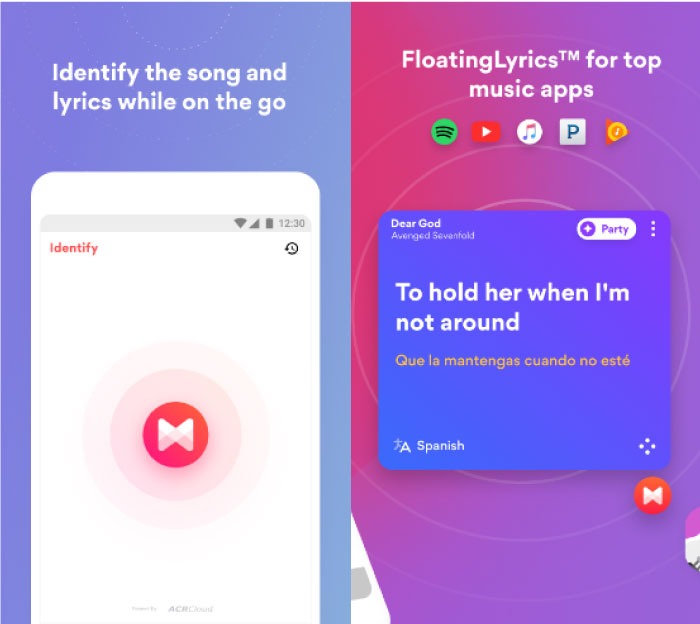 Google is where it all started – Android is a mobile operating system that dominates over 75% of the market and inclusion of this app should not be a surprise to anyone as Google excels in whatever they do. Ever since its genesis, Google Assistant has been sitting on top of the throne of voice assistants for being a versatile assistant and helper, nonetheless. With the launch of Google’s Pixel 2, users could now use a deep-integrated function called “What’s this song?” which, as the name or phrase suggests, lets users search for an unknown song in just a few steps.

Unlike other song identifiers on this list, Google Assistant can be summoned by a hot word, “OK Google,” which almost all Android phones support. Once the hotword is triggered, you can just ask what’s this song and Google Assitant will take a few seconds to gather some intel and let you know the song’s name. You can either call Google Assistant by long pressing your home button, using the aforementioned hotword or downloading the app given below. 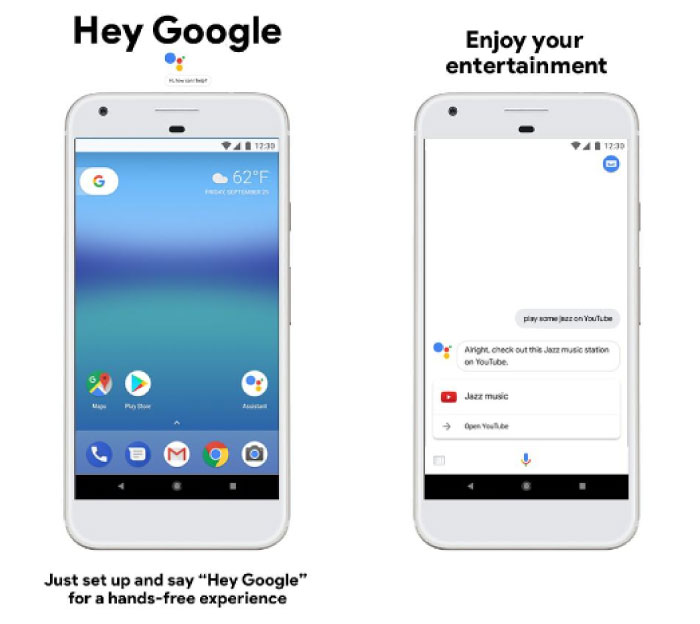 Soly’s main aim is to help people explore music with the added functionality of finding lyrics. This app is prompt in its search, which does its job in a few seconds. Soly also doubles as a music player, which is a hassle-free way to enjoy and understand your music. The app has a modern UI which makes it easier to navigate within various functionalities. Soly lets you find songs and lyrics of different languages and the lyrics can be downloaded. If your favorite song has a quote which you’d like to share, then Soly lets you share a favorite quote from that particular song. This app has some cool swipe gestures which let the users tread freely on the app. So, download this app and enjoy unlimited entertainment. 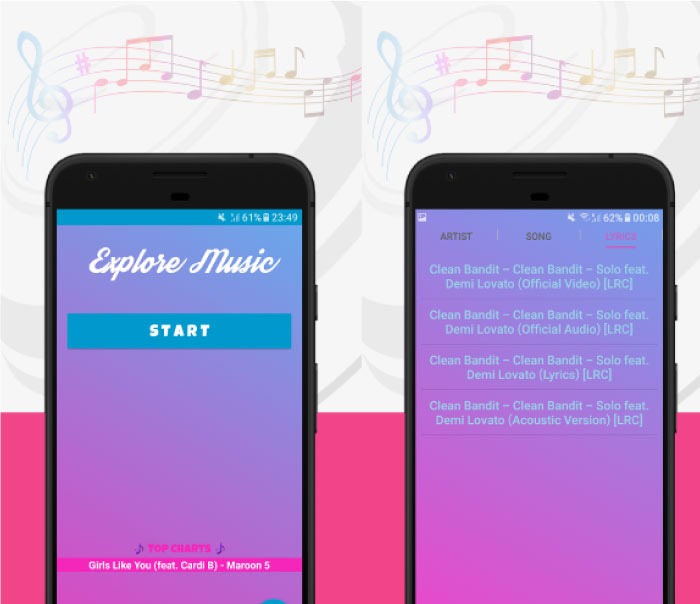 Gravity mobile presents MusicID to audiences that will cater to all their needs. This app works more for people who’d like to record memories than people who are just curious about that rhythm. How, one might ask? By adding a note as to where and why a particular song was identified. It’s actually quite easy. MusicID follows its intended path by, well, by IDing songs. You can look for familiar songs and the artists as well as some information by accessing pages on those artists, including biographical data. Apart from this, you can also view movie and TV information about an artist. Try out this app yourself by tapping the download link below. 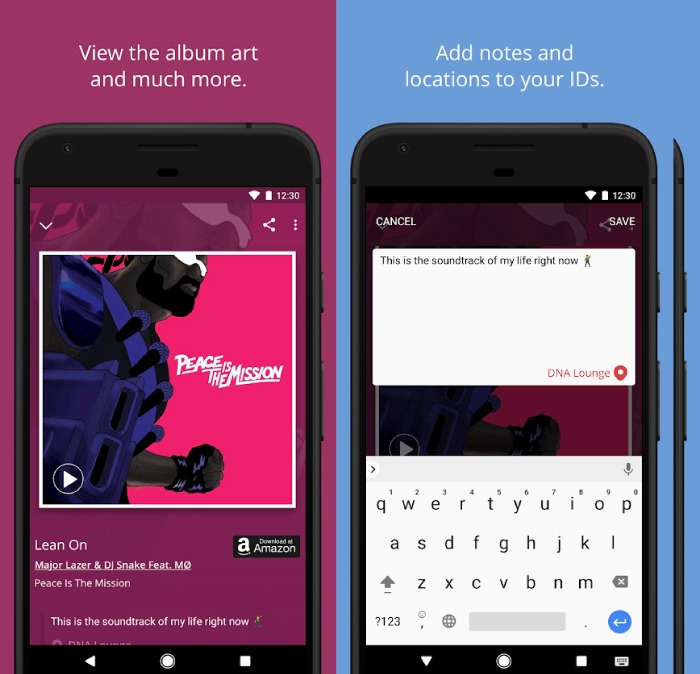 Music Identification is a simple yet solid app that does what it says. Not going into the technical part, this app recognizes the title and artist name of the music and displays the link to a site. Music Identification uses Gracenote API, which has about 130 million databases of music and is adopted by top firms like Toyota, Apple, KDDI, etc. Basically, what the app does is that it generates a particular link to the web page. Even though this all sounds technical, it really isn’t. Download this app and try something new. 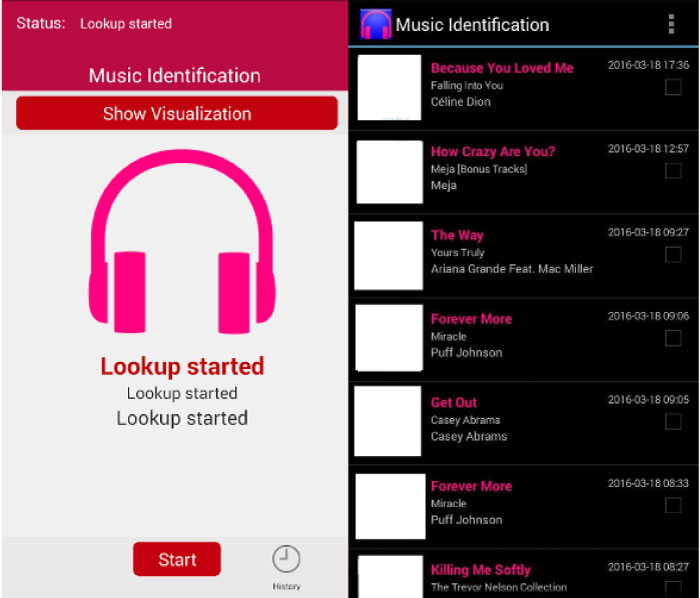 BeatsMusix is an ordinary app that does extraordinary things. The app claims that it can identify millions of songs, which is quite the number. It does a pretty good job of recognizing songs. You get the option of playing your local songs in BeatsMusix’s in-built music player and if you are the kind of person who would want to listen to top charts, this app also offers the option which displays songs that are topping charts in your country. If you dabble in different languages, BeatsMusix supports English, Dutch, Spanish, Arabic, Italian, German, Portuguese, and Chinese. The best part about this app is that no sign up is required. So, download this app and identify that beat. 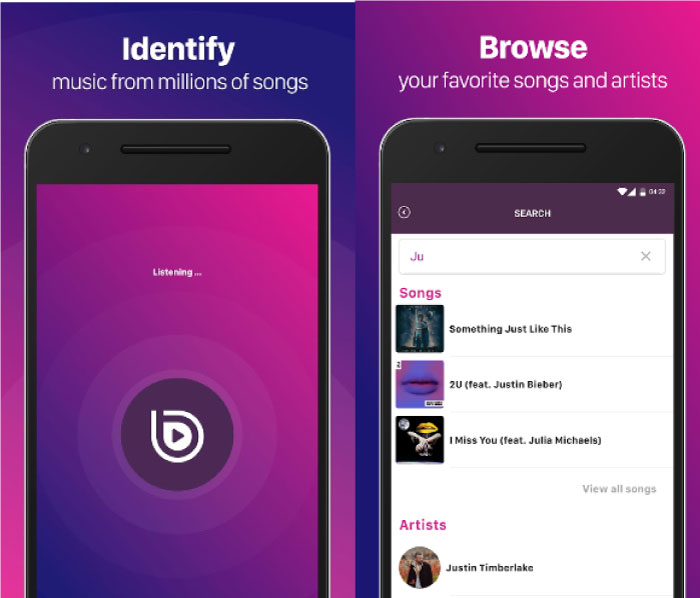 Note Recognition works differently than the song recognition apps in this list. This is a note detection app which changes the audio’s speed and converts music into another music, with different sheet. You learn a lot from this app since it educates you with new songs with their default sheet and letting the user control the audio speed. Users can benefit from Note Recognition which helps them detect notes of their songs, change the pitch (voice) or use it as a simple voice recorder.

Even though this app is tested with guitar, piano and vocal, the maker claims that it will work with almost every musical instruments. The only condition is that it plays notes above B1: 61,7 Hz and converts music to sheet music. So in short, Note Recognition is a perfect companion for music creators and learners who want to learn or create music their own way with the help of existing songs. Download this app by tapping the link below and show your creativity by learning and implementing.

These are the best song recognition apps for Android which might help to identify the song that has been an earworm in your head. Let us know which apps do you use to recognize songs in an instant. 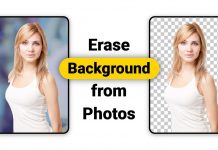