Realme CEO Madhav Sheth took to Twitter to announce the world’s first Helio G70 processor. It will power the Realme C3 which is all slated to release on February 6.

Some of you guys figured it out already!

We are introducing World’s first Helio G70 processor with #realmeC3!
Get ready for a better and smoother experience.
Launching on 6th Feb at 12:30 PM. #EntertainmentKaSuperstar. pic.twitter.com/XajSCdXgZy

According to the tweet, it will give a smooth experience. The represented image of the upcoming smartphone displays a gaming image and the tagline “For the real gaming champions” corroborates the narrative. 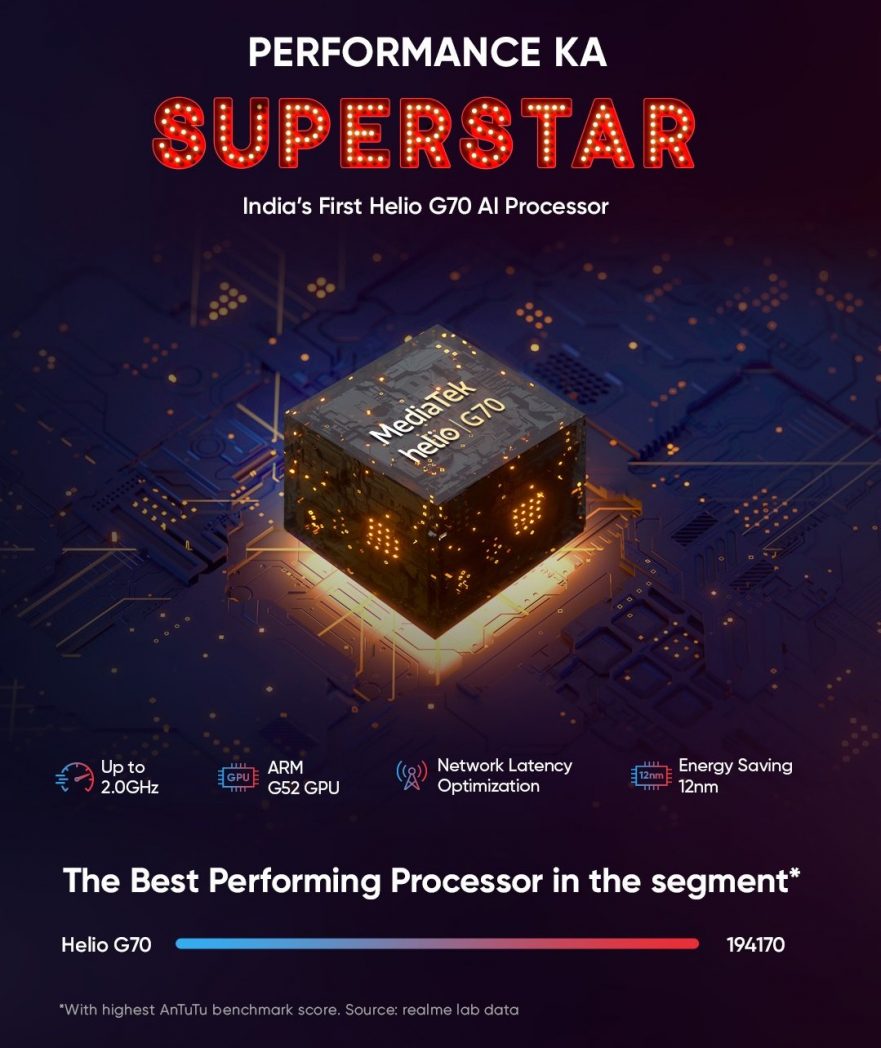 GadgetsFlix’s tweet refers to Helio G70 as a performance ka superstar. It is also India’s first Helio G70. The chipset will be a 12nm ARM G52 GPU with up to 2.0Ghz processor. Antutu benchmark gave the processor a score of 194170.