After being in the rumor mill for months, Motorola has finally unveiled the One Vision today in India. The second smartphone in the One series, Motorola decided to expand the series due to the amazing response the Motorola One Power received. At the launch event, Motorola’s Managing Director Prashant Mani stressed on the point that the One Vision is targetted at the youth who yearn for a great camera.

Being dubbed as the first smartphone in India with a 21:9 aspect ratio, the phone screams innovation. It sports a 6.3 inches full-HD+ LTPS IPS LCD display which Motorola terms it as CineVision display. It has an 82.5% screen-to-body ratio. The phone is powered by Samsung’s Exynos 9609 with Octa-core 2.2 GHz and a Mali-G72 MP3 GPU. The phone is covered in an unspecified version of the Corning Gorilla Glass. It runs on stock Android 9.0 Pie, the Android One.

The One Vision comes in a 128GB base storage with 4GB RAM. If the in-built storage doesn’t suffice for you, there’s an option to expand the memory with a microSD Card which supports up to 1 TB. On the camera front, the phone features a dual rear camera setup with a primary 48MP (f/1.7) sensor with OIS and a secondary 5MP (f/2.2) depth sensor. The front camera is a 25MP lens. Other goodies include Auto HDR, manual mode, best shot, and Night Vision which should bring out bright photos during the night.

To sustain all of this, the One Vision has a humble 3500 mAh battery. (One Power had a whopping 5000 mAh battery). To top it up, there’s support for a 15W TurboPower charging. Other connectivity options include a good old 3.5 headphone jack, USB Type C port, 4gG LTE, and IP52 certification, which should be impervious to a splash. The One Vision will debut in two gradient colors: Bronze Gradient and Sapphire Gradient.

Motorola One Vision carries a price tag of ₹19,999 which will go on sale from June 27, exclusively on Flipkart. The phone sits in the budget segment and directly rival offerings from Redmi, Vivo, Samsung’s M series. Would you buy the One Vision? What feature did you like the most? Let us know in the comments section below. 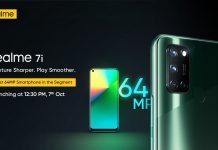 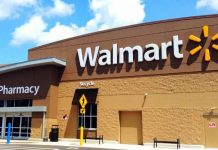