Amazon President Jeff Bezos is on a tour in India for the last two days but it didn’t stop him from putting the spotlight on India. He said that Amazon Prime Video in India has outsmarted their expectations and that they have decided to double down the investment for the streaming service in the country.

When Bezos was asked about the performance of the streaming giant in India at an event, he said, “It’s working great. The number of hours Prime Video is watched in India in the last two years has grown by six times. Prime Video is working well all over the world, and there is no place it is doing better than in India. It’s incredible.”

“It’s good in terms of business as well. We also like the business results because it drives people to join Prime, and once they join they enjoy the fast shipping service, so they also buy a lot of products from us. So it’s a vehicle to make fantastic content, from the business point of view, as well. We have actually just made a decision to double down our Prime Video investments here in India,” he added.

On being asked what changes he has seen in India in his various visits over the years, Bezos mentioned that he has been frequenting India for the last 11 years. “There are no perceptible changes of any great magnitude. I noticed there are certain things that seem to me to be the same. And I love those things, one of the things I notice every time I come here is that there’s so much energy here and dynamism.”

Amazon also announced support for Indian MSMEs (Micro, Small and Medium Enterprises), CEO Bezos said that $1 billion (approximately ₹7,094 crores) will be invested in digitizing small and medium businesses (SMBs) on its platform in the country. He also said that the 21st century will be the century of India, gaining applause from the audience.

Jeff Bezos also took a quick tour of Delhi, visiting Father of the Nation Mahatma Gandhi at Raj Ghat and showing off his kite-flying skills on the auspicious occasion of Makar Sankranti. 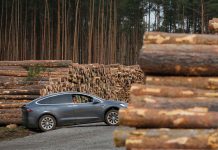 German court allows Tesla to clear forest for its Gigafactory 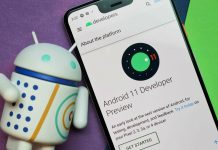