Huawei P30 Pro has successfully raised the hype. Gadget lovers, especially mobile photography enthusiasts, are curious about the camera. No wonder, because this is indeed the main selling point that Huawei has introduced when introducing it.

To note, the highest series of the P30 Series is equipped with a powerful camera that when this article was written, is becoming the king of dxomark. But not only about the camera, but the P30 Pro is also equipped with several other flagship class features. 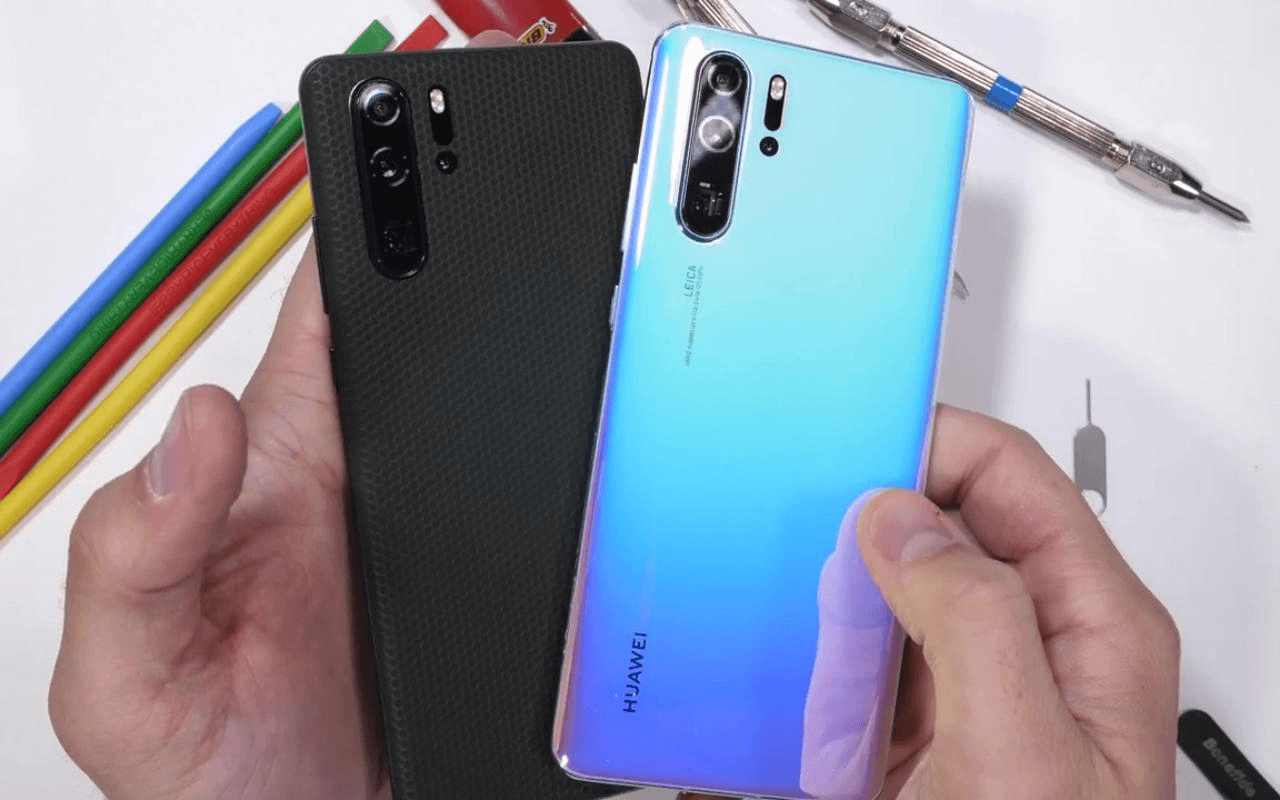 Is the performance in line with the one on the launch stage? Check out my experience using the Huawei P30 Pro as best new Android phone.

The P30 Pro unit that we received was Aurora. This color is an attractive blue, purple and slightly green gradation. 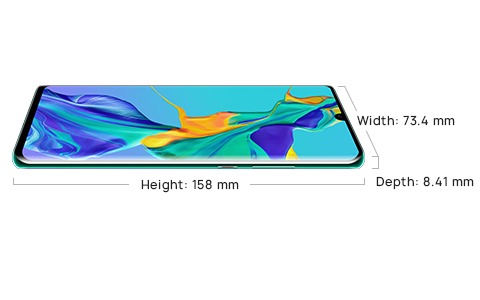 In terms of appearance, there appears to be a significant difference in the Huawei P30 Pro compared to its predecessor. If the P20 Pro feels enough to carry the Full View Display screen, on the P30 Pro, Huawei makes it more fully with a curved design or curve on the left and right sides.

The P30 Pro has a 6.47 inch OLED screen with a resolution of 2,340 x 1,080 pixels. The quality of the display need not be doubted. Color reproduction in displaying photos and other content on this smartphone is perfect, as well as view angle and outdoor use there are no complaints.

At the top of the screen, there is a notch with a water drop design where the 32 MP selfie camera is embedded. Also on the P30 Pro screen, is an Acoustic Display technology that emits sound through the mobile screen. This benefits sound reception when calling.

The screen is also the place where Huawei puts the main navigation buttons home and back. Also, there is a fingerprint scanner sensor on the screen.

During use, this fingerprint scanner functions smoothly and quickly when used to open the screen, even when the pressing process is done by fingers in several different positions.

On the side, there are two physical buttons adorn the right side of the Huawei P30 Pro, namely for power and volume. Meanwhile, on the left side, it looks ‘clean’ with no buttons.

At the bottom, the speaker hole is placed, which as a whole is suitable for a variety of multimedia content, USB Type-C slot for charging, microphone holes and SIM card slots.

Unlike the P30 series, the SIM card slot at the P30 Pro saves space because it uses a hybrid slot that goes back and forth with Nano-Memory (NM).

If you need additional storage, prepare more funds because you have to use the Huawei NM card which costs more than MicroSD.

Turning to the back, at first glance there are only three cameras arranged in a row vertically on end.

But actually, there is a fourth camera that is smaller in size, which is placed next to three cameras that line vertically, precisely under the LED flash. The Leica sensor label and the Huawei logo are visible on the back of the phone.

According to the class, the feel of this casing feels premium. The material that wraps the Huawei P30 Pro consists of an aluminum combination on the edges that frame the glass material on the front and rear body.

Before proceeding to the performance question, please note that the P30 Pro unit that we tested is an 8GB RAM version with a storage capacity of 256GB and the latest firmware version 9.1.0.124.

The P30 Pro uses the same chipset as the Mate 20 Pro, the Kirin 980. The P30 is not expected to support 5G, which is a downfall due to the fact the technology is the next big thing. In writing, the score obtained by Huawei P30 Pro in the AnTuTu benchmark testing application is 316255 while in Geekbench 3323 for single core, and 9948 for multi-core.

In real usage, the overall performance of the cellphone is fast. Multitasking operations such as opening 10 concurrent applications, including browsers with more than 20 active tabs, have absolutely no problems.

In UI’s appearance and ‘taste,’ there is no significant difference with the previous flagship. EMUI 9 looks quite simple but rich in features. Many functions embedded by Huawei in this user interface.

In the notification panel, screen recorder or screen recorder functions and screenshots have been presented. The option to do screenshots and record screen variety can be through the notification panel, you can by pressing the volume down and power buttons simultaneously, you can also tap the screen. The last method can be set in the ‘Motion Control’ section.

Other features that are not new but useful are Phone Manager, which makes it easy for users to optimize cellphones with just one button. Other features in EMUI 9 are the many applications that are available or pre-installed. Claims made by Huawei are also quite a lot. Some of them might be useful, such as Optimizer for optimizing cellphones, there is also Phone Clone that makes it easy to transfer data from old cells.

One thing that is noted in this UI is the visual shopping function on the annoying HiTouch. When pinch to zoom in or zoom out, Hi-Touch will detect it and direct it to a page containing various e-commerce.

This e-commerce page displays a product similar to the object it detects. Fortunately, the HiTouch function can be disabled via settings in the Smart Assistance section.

From the battery side, the P30 Pro is equipped with 4,200 mAh of power. This power is a significant capital for a device that can last long when used.

In moderate to heavy use, the P30 Pro can last up to one and a half days on a single charge. Even if you run out of battery while wearing it, you don’t need to worry because recharging the battery is fast.

Through fast charging using the default plug, P30 Pro only takes about 45 minutes to charge the battery from the level of 15% to 100%. This cellphone can also be a Powerbank because of the embedded wireless charging capability. 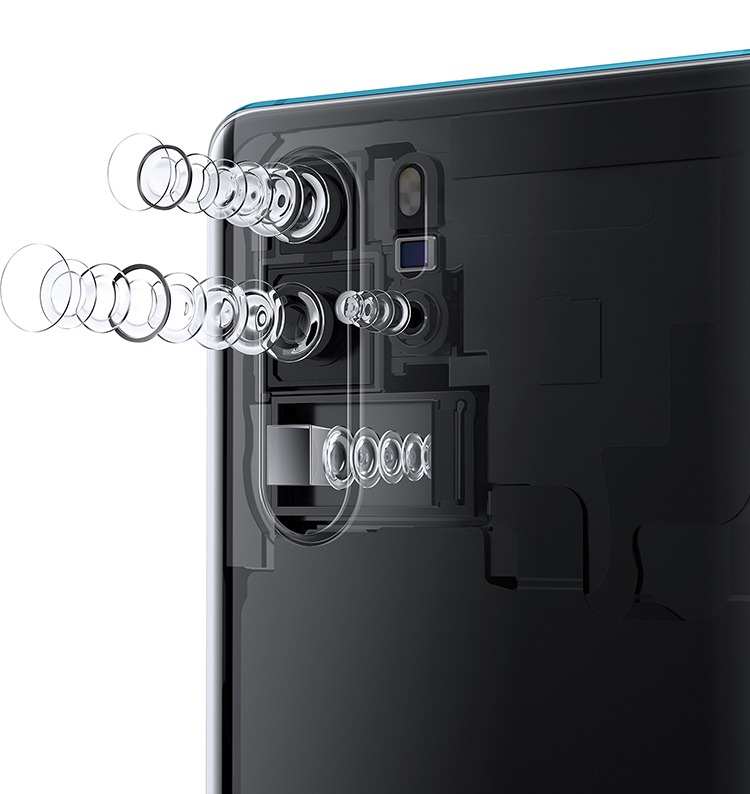 This is the most awaited one. The great feature of the P30 Pro is that it is located in four cameras designed by Leica.

Next to it, is the fourth camera sensor, the TOF, aka the smallest time-of-flight and placed separately under the flash LED.

Several things that highlight the new capabilities of the P30 Pro camera are the enhanced zoom and night mode capabilities and dual view video.

For the last-mentioned mainstay feature, unfortunately, it is not yet available in the unit tested by us, so we need to wait for the next software update. But beforehand, at the hands-on session at launch, we already tried it.

In summary, this feature allows users to use two lenses separately to provide a dual display on the screen, one close-up, while the other one is wide-angle.

Although its function is not too significant, dual view videos are quite interesting to give a different touch to some scenes for video makers or those who like to vlog. 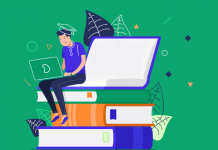 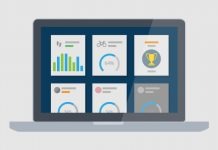 Garmin Express: All You Need to Know About It