Why do we need a list of iOS 12 supported devices?

Well, to begin, it must be remembered that a company like Apple has equally efficient software and hardware teams, which means that they are constantly locked in a race against time and with each other as well. Sometimes, the software team goes ahead and sometimes the hardware team excels. This is because technology is forever moving forward and it does not stop for any force or man.

Second, Apple runs a company. The sole operating reason for a company to exist is to garner a profit. If Apple keeps on supporting all the existing Apple devices year after year, no one will buy the newer Apple devices. Besides, keep in mind the point we made in the preceding paragraph: that the advent of technology is guaranteed. This is why the iOS 11 had dropped all support for the Apple iPhone 5c precisely because of one reason: that it did not support any 64-bit apps. And the latest OS version supports only 64-bit apps, which makes it impossible for the Apple iPhone 5c to be supported.

The names of all of the compatible iPhones are:

iOS 12 Supported Devices: All of the Compatible iPads

The iPads which support the latest OS include:

As and when we receive further information, we shall keep on adding to this list.

New features coming to the iPhone

The iOS 12 update will not only bring performance upgrades and bug fixes but also lots of cool features. So, here are the top 3 features that are coming along with iOS 12.

Apple’s new Memoji lets you create an Animoji of yourself.

Animoji will be able to detect your tongue when you stick your tongue out and follow that. In iOS 12, you’ll now be able to create an Animoji (Apple is calling it ‘Memoji’) of yourself.  You can customize your appearance, skin color, hairstyle, and outfit.

Group Facetime will now let you add up to 32 people on a conference call (video/audio) at once. When someone talks, their window automatically increases and shrinks when they are not speaking.

Apple brings new shortcuts feature to Siri. These shortcuts will help you save your day. Finding keys, ordering coffee was never that easy.

We believe that this just about concludes the list of the iOS 12 supported devices. Remember to check back here every once in a while to receive more such timely updates. You can bookmark us if you like. 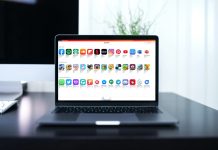 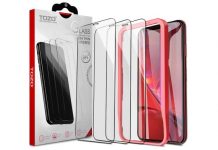 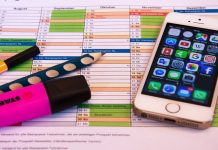