The latest generation of Apple’s premier operating system, the iOS 11, is on the way. It is very likely that the new OS will be unveiled at the upcoming Worldwide Developers Conference in San Jose, California. One of the greatest benefits of the iOS 11 is Apple’s ability to tailor its new operating systems to suit the users. The iOS 11 too is expected to take all of Apple’s extremely popular devices by storm when it launches. Before that, there is a list of features which we expect that the iOS will bear. We have listed a small wishlist for your perusal.

Here are the features that we expect in Apple’s next mobile OS ( iOS 11 Wishlist ):

We need a better Siri. Siri has definitely been one of Apple’s most renowned features. The Siri feature is credited to have single-handedly created the fight of the digital assistants. In order for the iOS 11 to be a better OS, a better Siri is a must. What started as a hobby for users is soon a reality as AI assistants have taken over our daily lives. Siri will now have to be the star of the future as it handles our daily lives as well as enabling us to perform both simple as well as complicated tasks with comparative ease. A better Siri will also help stave off the challenges posed by Samsung’s AI-based assistant, Bixby.

The iOS 11 seriously needs a dark mode. The dark mode player has been one of the main demands made by users over the world. Dark mode is essential in ensuring that the iOS 11 is a success when it launches. The dark mode feature is present in a form in the current iterations as well. However, the feature itself is not present per se. The usage of the dark mode feature will be of serious contention with users and tech enthusiasts alike.

The iOS 11 needs to have a better FaceTime feature. FaceTime, the proprietary video telephony product developed by Apple, has often been known to be redundant when it comes to modern technology. FaceTime must also have a group calling feature as well. Group sharing on FaceTime will also aid in making the iOS 11 an all-around vehicle for general and specialized use. The group-sharing feature has already been treated in a watered-down format in iOS 11 Beta downloads. FaceTime will be a major chip in Apple’s armor if it is incorporated in its desired format.

The iOS 11 need to clear all background apps in order to be a cleaner, safer, and a faster operating system. While we do want multitasking to be a priority which will make the iOS 11 the OS of the future, too may apps running simultaneously does hog down the memory. The iOS 11 also has to be extremely efficient in order to retain its competitive edge.

Last, we want that changes in resolution in the iPhone and other Apple devices’ cameras are easier to achieve as well as quicker. A video toggling feature has to be in place in order for the iOS 11 to well and truly have this feature. 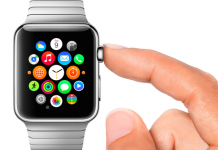 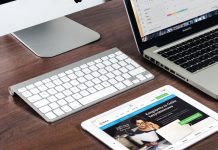