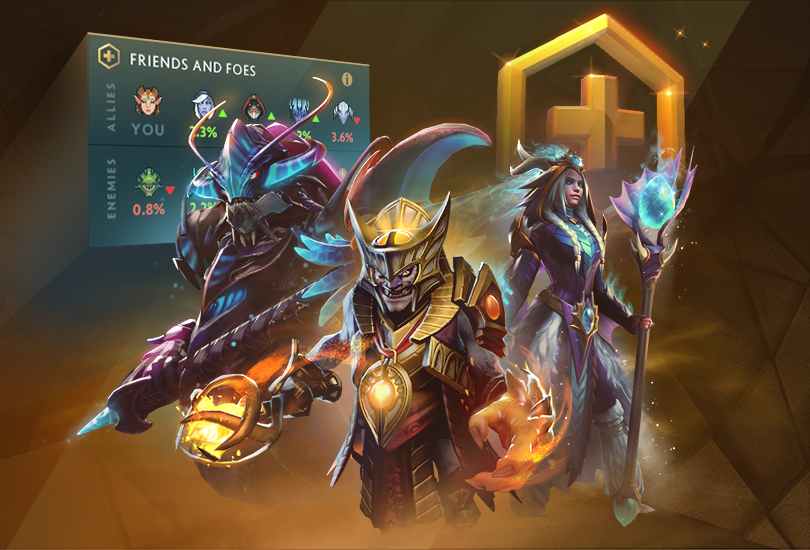 How to get Dota 2 items

To earn Dota 2 items, you need to play the game. However, you might experience several occasions when you can have new cosmetic items. There are limited chances of winning an individual item when you play Dota 2 items. Sometimes it can affect the whole set. The quality and abundance of playing Dota 2 game are determined by the time played through matchmaking. You have high chances of reaching a good drop only if you increase the chances of playing.  The chance of earning real money also goes up.

You can get Dota items in some other ways. For instance, in some events, cosmetics are offered to participants as part of rewarding them. Spectating in a game is also another way of earning you an item which is known as participant heroic item. In addition, you can be gifted by anyone in a spectator mode with gift tool items. The selection is usually done in a random manner.

How and where to sell Dota items

There are a few options available that can be helpful in selling Dota 2 items. The first one is through the Steam Community. This is usually run by Valve and is one of the quickest and safest ways you can adopt selling Dota 2 items. Compared to other modes, Steam Community is perhaps a genuine and closed marketplace for Dota 2. It is so far the easiest and simplest method. In addition, the transactions made can benefit you a big deal.

It is also a platform whereby you can trade in items that you have not used and wish to do away with. First, list the Dota 2 items that you wish to sell, then set the price. The items will be added to the Dota 2 items list. Alternatively, you can do the order method which is set by the buyer. The buyer basically specifies the orders or items he would wish to buy and sets the price. If you are the seller and interest with the contents of the buy order and you have the items specified by the buyer, the deal becomes simple. Additionally, the transactions are automatic and immediate. The downside of transacting through the Steam Market Community is that the buyer has to pay a 15% fee in addition to the initial price. It also charges higher fees than other options and being a closed ecosystem, all the money earned goes in the steam Wallet of the owner’s account. It means that the owner of the steam account cannot pay it out in any way. It makes selling Dota items for real money become quite impossible.

Third-party markets, therefore, become the best option to trade Dota 2 items for real money. However, the prices are slightly lower when compared to that on the Community Market. With a third-party, it is easy to transfer your money out of the system and into your PayPal, bank account or your credit card. However, dealing with third-party can sometimes be risky than any other option. This is because the markets aren’t affiliated with Valve and dealing with them is a risk. Due to scammers, it can sometimes get risky and prices might hike as well.

Understanding the sale of Dota 2 items

Having knowledge about the features and qualities of Dota 2 is essential. This is because they impact market prices. One of the biggest factors that have a big impact on the market price includes rarity. Rarity is in 7 categories of when we feature Dota 2 items. They include common, Uncommon, rare, mythical, legendary, ancient and arcana. Each level furthermore consists of unique features compared to which are separate from the other. Immortal Dota 2 items, for instance, are usually released during Valve-organized Major events and tournaments. You can get them during the event or after when with an opponent.

Another important factor that has an impact on the market price is the plethora of heroes.  It is much subjective and dependant on the gamer’s play style. If the gamer becomes more popular, the items become expensive which eventually affects the demand. This means that the demand increases.

It is important to have knowledge about payment and pay-out systems when you want to sell Dota 2 items. Steam is not one of the best choices if you wish to sell Dota 2 items for real cash. It doesn’t support any form of withdrawal. You can buy new Dota 2 items by recharging your Steam Wallet via credit card, PayPal or through wire transfer. PayPal is the most convenient and common method of doing transactions across most sites. Other convenient methods include Skrill, WebMoney, Payoneer and many more. You can also pay with various online credit card issuers and with cryptocurrencies like Bitcoin and Ethereum.

If you wish to sell a big number of Dota 2 items and instantly pay your cash out to PayPal, SkinWallet is the most preferred option. First of all, you have to configure the Steam inventory into the public mode. When you log in to the SkinWallet using a Steam profile, you will be directed to fill in your Trade URL and visit the deposit page. Next, you can select the Dota 2 items you wish to sell, then select the price button. You will be directed to the security information about bots and safe trading at SkinWallet. It is the easiest and simplest method to trade the Dota 2 items.