Chinese manufacturer HONOR has officially declared that a new flagship smartphone will be launched on November 23.

The firm announced that the device would become official in China and make its way to global markets.

The Honor Magic5 is expected to debut the upcoming Snapdragon 8 Gen 2 chipset, which will appear at next week’s annual Snapdragon Summit.

HONOR shared a poster along with the announcement. You can see a bird flying in what seems to be a camera module in the reflection.

If rumors are to be believed, Magic5 could bring a 6.8-inch display with PWM dimming, a 50MP primary camera with AI ISP running, 100W wired, and 50W wireless charging. The smartphone will also be IP-68 rated and have the latest MagicOS based on Android 13.

Meanwhile, HONOR affirmed last month that it will launch its first global foldable smartphone in Q1 2023. The device could get announced in November in China, followed by early 2023 for international markets. 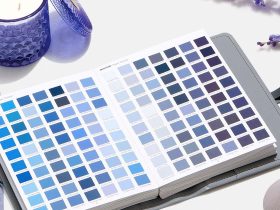 Pantone Colors in Adobe products are no longer free