PEOPLE formally announced the title on Tuesday morning, but Monday night’s ‘The Late Show With Stephen Colbert’ spilled the beans.

Evans accepted the award remotely as he was working on the set of his upcoming film. Former title holder Dwayne Johnson introduced him.

A local Boston channel, WHDH TV 7NEWS, reached out to Lisa Capuano to get her reaction.

“My reaction was, ‘yeah, of course, it’s about time!'” Lisa shared with the outlet.

“He’s always amazed at his own success, he’s amazed at what people think of him, and his friends “will absolutely give him grief about it, but – they’re very funny,”  Capuano added, reassuring his fans that Chris is nothing but humble.

Johnson asked Evans to say something sexy after gaining the title. “Go vote tomorrow,” Chris said, looking into the camera ahead of the US midterm elections on Tuesday.

Evans was born in Boston and was raised by his mom Lisa and his father, G. Robert Evans III. They split in 1999 after 22 years of marriage. He has three siblings: Carly Evans, Shanna Evans, and Scott Evans. 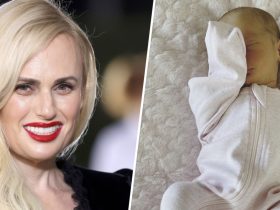 Rebel Wilson reveals the name of her daughter, Royce Lillian 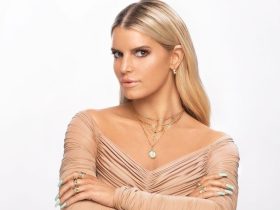