Let the headline sink in. So, usually, it’s the other way round, when tipsters like Evan Blass or Ice Universe leaks details about an upcoming smartphone but Google has leapfrogged them. Yesterday, in a not-so-cryptic tweet, they revealed what looks like a glimpse of the forthcoming Google Pixel 4. Apart from the ‘manufacturer-leaking-a-future-product’ thing, the other flabbergasting gasp of fresh breath is the dual cameras bandwagon that Google is finally jumping on.

Well, since there seems to be some interest, here you go! Wait ’til you see what it can do. #Pixel4 pic.twitter.com/RnpTNZXEI1

The picture is nothing to write home about until you ponder on the square camera bump which houses the dual-camera setup. This signifies that Google is listening to its consumers and so the Pixel 4 will be the first-ever Made by Google-phone with a dual camera module. Although, we wish they could have also given us some specifications to ruminate for the next four-or-so months.

If we interpret the camera layout, two things are crystal clear – Pixel has finally embraced a multi-camera setup and there are more than just cameras in the square. Just above the two camera sensors, there’s a third unknown thing, which we suppose is either a TOF sensor, an independent depth sensor or a spectral sensor, which helps the camera to deal with lights or screens. Also, there is a dual flash system and a small dot, which is safe to assume as a microphone. If you see the full image posted below, there’s no rear fingerprint scanner. So, is Google also making the shift from the physical fingerprint sensor to an in-display sensor? Maybe, a face-unlock only security option, just like the iPhone X. Ahem. Only time will tell!

While we laud Google’s unusual move of raising the curtain of their upcoming smartphone (which we assume will be the new king of smartphone photography), we suppose this whole shenanigan has an ulterior motive. Firstly, it could be possible that Google might launch the Pixel 3’s successor a bit soon than the traditional October unveiling. Since only four months to go, this is a plausible factor. The other motive could be to claim the first spot on the square-shaped camera bump. If you are following Apple leaks, you might know that 2019 iPhones, too, will embrace the square camera bump. So to avoid the accusation that Google copied Apple’s design, the Californian giant slipped the photo on the Internet.

Whatever the reason be, fans across the world have responded positively to this “leak” and while we hope the Pixel 4 would launch sooner than its scheduled month, rumor mill could be abuzz various rumors by now. What do you think of this move? Tell us your opinions in the comments section below. 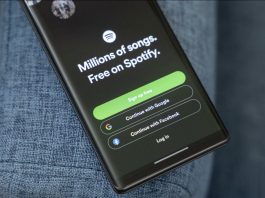 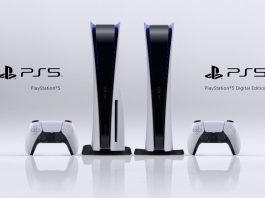 Netflix, YouTube, Spotify, Disney Plus, and Twitch will be a part... 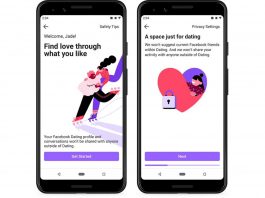 Cupid will hit Europeans with its arrow in the form of...