Google unveiled the Pixel 5 a few days ago, and many wonder how it will be received. There are some improvements, replacements, and removals. We’ll tell you about one such improvement. The Pixel 5’s camera app has Audio Zoom.

The Google Pixel 5 supports Audio Zoom. Here are other photos of the Google Camera app on the Pixel 5.

As the name suggests, it makes the voice of a faraway person or objects clear the more you zoom on them. YouTuber ‘totallydubbedHD’ spotted this feature is his while doing his first look at the device.

Samsung also launched its version called the ‘Zoom-In Mic’ that achieves the same functionality as the Pixel 5’s Audio Zoom. 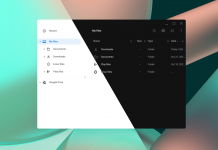