Again, The company has promised it to be having the highest rated smartphone camera ever.

Surprisingly, the most popular camera mode these days i.e. portrait mode is now available on both the new pixel devices even in their front-facing cameras. It means that now you can click selfies on Pixel 2 in a portrait mode. Portrait mode basically helps you capture the face focussed photos. Though the rear camera is now 12 Megapixels with F 1.8 Aperture and the front camera is 8 Megapixels with F 2.4 Aperture for both the Pixel devices.

The camera is also upgraded to capture videos with optical as well as electronic image stabilization (A DSLR Feature). Besides this, Google is also offering unlimited storage on Google Photos even for 4K HD photos and videos exclusively to Pixel 2 users.

Both the new Pixel devices (Pixel 2 & 2XL) are assembled with the New Augmented Reality Function. You can now add interactive characters and playful emojis to live scenes and videos with augmented reality feature of Google Pixel. You can even add your favourite TV show character into your video using Google AR Stickers.

Coming to the display, Google Pixel 2 has 5 inch AMOLED Full HD display having a screen resolution of 1920 x 1080 with 441 PPI pixel density.

With 2700 mAh battery, Pixel devices are summed up with fast charging feature. You can now get 7 hours of battery life in just 15 minutes of charging. In addition to this, Google Pixel 2 has an extra tight security against the malicious apps & data.

Both the Pixel devices (Pixel 2 & 2XL) come with a stock version of New Android Oreo (Android V 8.0). Google has guaranteed to send updates on Oreo very soon. The Google Pixel 2 is likely to be receiving the other Android upgrades till next 3 years.

You’ll also be getting Google lens (first look) with your brand new Pixel devices. With Google lens, you can bring up relevant information based on what your camera sees. For example, if you point your camera to a business card having an email, the app will automatically connect to the Gmail App, or if you point your camera to a restaurant, it will instantly pop up reviews and information about the restaurant. Pixel 2 is the first ever mobile phone having the Google Lens support. This feature is likely to come to other Android devices soon.

Below is the Full Specification of Google Pixel 2

If you liked this article and found it useful, do share it with your friends on Facebook or Twitter. Leave your thoughts about Google Pixel 2 in the comments. 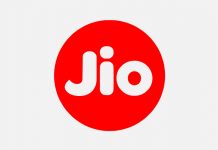 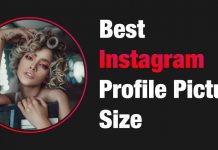 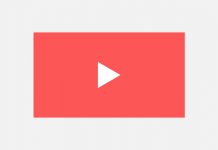