There is a long list of FPS games for windows 10, so we will select best free single player pc game for you so that you don’t have to waste time to find the right one. Let’s take a look at the list.

[su_note note_color=”#f2f2f2″]GarageBand for Windows is a full-featured recording studio as well as famous sound mixing application designed for Apple devices.[/su_note]

Here is a list of first-person shooter games for Windows 10 that are available at the Windows Store.

Modern Combat Versus is a former leader in mobile devices. It is also available for PC, too. While playing this multiplayer game, the player is allowed to select their role from 13 specialized agents. The game let players form groups and join themselves with other teams, after that they can battling on either of the five different maps. The game has specialized tournaments, trophies and an opportunity to rise to higher leagues. All these encourage players, to play the game more. If you want this free shooting games for pc, then go to the link given below:

No, you are not wrong, this the same old wolf game that 90’s kids played back as children. It is now possible to get it on Microsoft app store. The concept of a game is same and also the gaming options, too. Do not worry about the graphics and sound effects as they are completely meet the latest features. Download this classic game from the Microsoft Store by clicking the link given below:

While you play Zombie Sniper 3D, you will find the different experience with the gun control. The sniper rifle is not stable at a point, unlike with most other shooter games, and its force adds the difficulty in targeting. However, the good news is that it is not the only USP in the game. The fields of games are mostly wastelands, and the landscapes are amazing, ranging from villages to the wild to deserts to soccer fields. To get this amazing and best shooter games for free, go to the link given below:

This game offers so many options for free, and it is the most surprising thing when I know for the first time. Modern Combat 5: eSports FPS is a pretty heavy game with ten playstyles and nine customizable classes. The game is not made for kids, the manufacturers mark the game for adults (17+), and the number justified for the destruction involved in the gameplay. You can play the game as a single player or multiplayer mode. To download this best first-person shooter game from Microsoft’s store, go to the link given below:

Dead Zombie Call- Trigger the Shooter Duty 5 is with its 5th version and come with much of an improvement over it, antecedents. The gameplay set in the year 1945, possibly relate the game to the Second World War. In the game, all dead militants turned into zombies, and then they make a different class of enemy, and it is the tough part of the game. The leading player can hold different types of guns and shoot their way to get success. Note that when you keep losing the game, your enemy keeps getting stronger and active. This games for windows 10 is available in the app store, to get it click on the link given below:

This game is not made for the weak hearted people. The gameplay designed on the cold planet like Mars. With all the partners dead and their guts lying on the floor, the player remains alone to seek revenge on an opponent. The game involves extreme violence and hence the much-needed rating of 17+. If you have a tough heart, then go to the link given below to get this app:

All we know is hunting is banned in most of the area of the world, but if you want to do it, there is another way to do it with this game. With Sniper Hunting game players can enjoy hunting without killing any animal in real. The gameplay designed in the African Savannah. Here you can hunt dinosaurs and animals and with a sniper. But it is not easy as the animals try to escape in the second when they see you targeting them. To get fps games for pc free, go to the link given below:

This game is different from the all listed above as the player assumes the character of a villain, not a hero. Isn’t it interesting? The player is a hired killer who is appointed to complete the tasks to kill in five missions using his high-precision sniper. The fact that the character has limited resources and is surrounded by enemies all around. If you find the concept of game interesting, then download this one of the fps games free from the following link:

If I didn’t add a Japanese game, this list would be incomplete. The storyline of the game set in a temple which is occupied by immortal samurais and monsters. You have to get back the temple from the enemies hand. You must have to take it back to win the game. You have a short range gun, and the enemies are many. To enjoy this free games for Windows 10, go to the link given below:

The terrorist attack is worst fear of every American’s, and American Sniper Fury Gun Shooting Assassin Free Game exactly set the same situation. The game is comparatively fast. As a player, you have to kill all those terrorist and save your city. To download the game, go to the link given below:

With this, it is the end of our article on top 10 free first person shooter games for windows 10. We hope you like it. If it is so then sharing it. Also, share your reviews and opinions with us. We love to hear it. Thank you! 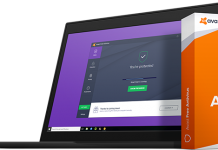 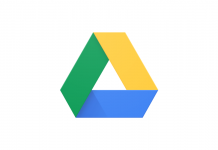 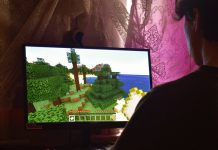