Everybody knows about computers, well, let’s explain it again. A computer is an electronic device that carries out numerous operations both logical and arithmetic according to the process how it is programmed. A computer is subjected to be reprogrammed and updated from time to time to carry out the work operations in a better sequence. With the advancement of technology and new software updates in the market, computers have evolved over the years, and they are the utmost necessity in almost every working space.

Computers are of various types that can be classified based on their operational principle and they are analyzed, digital, and hybrid. You can also categorize computers based on their powerful processors and size. The subcategories include mainframe computers and microcomputers which are also known as personal computers. We wrote this assignment to help you take a look at the definition of computers and the basic difference between the two in detail.

The mainframe computers are the efficient and power packed devices that are used in the large institutions for extreme work operations that are difficult to work with such as bulk data input and processing and planning of the enterprise resources or by the government institutions for working on the census.

The modern mainframe computers are explained by their nature to work repeatedly and hence provide high reliability and security along with excellent computation and hardware utilization. The mainframe systems can support the workload sharing when another system is being refreshed or updated.

Historically, the mainframe computer systems got their name because of their huge size and the specialized heating system that they have along with the ventilation air conditioning systems. These systems also consume a lot of power at once to operate which is certainly nothing as compared to the personal computers.

On the other hand, a personal computer is made for the general purpose and is of small size and its capabilities are certainly less. These computers are affordable, and they do not require any expert operator to work on as it is easy for a 5-year old to operate it as well. There are different types of personal computers available in the market which includes Laptop, desktop, gaming computers, nettop, supercomputer, minicomputer, a tablet, a server, a pocket PC, a netbook, PDA, single unit, a home theatre, and a wearable computer.

Understanding the Difference Between Personal Computers And Mainframes 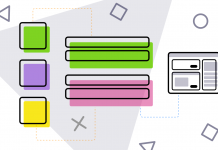 What is the Role of a Design System in a Company 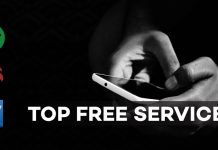 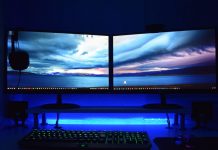 Optimize Your PC for Gaming With These Upgrades