Mini-Militia is assuredly one of the most esteemed multiplayer battle games we have seen so far. The game has been broadly accepted throughout the world during the past two years. One of the main reason behind its success should be its simple and effective design along with hassle-free gameplay. As the game runs flawlessly on both LAN as well as mobile networks, there aren’t any restrictions regarding the location of players to get connected, which made it even more reliable.

Although the game was released 2 years back, Mini Militia is still considered to be one of the best multiplayer games to filter away some time along with our friends. The game works absolutely fine on almost all devices and in addition players can easily get connected in a few taps.

By the way, playing the same multiplayer game for a long since should have bored you at least once. Consequently, you might have already started searching for some similar multiplayer games. And if you haven’t yet discovered any, don’t worry. We have the right solution for you.

So, without wasting any more time, let us take a look at some of the best games like Mini-Militia for your Android Device.

Worth Reading: 7 Best Games like PUBG Mobile for Android

LostGuns is a 2D online multiplayer shooting game with over 3 Million downloads from the Google Play Store. The thesis of the game is much like Mini Militia, which lets you battle with your opponents using the various weapons provided. You need to be speedy and acute so as to dodge your opponent and win the battle.

The game is packed with a range of modes suchlike Deathmatch, Bomb installation, Golden Robot etc where each of these modes deals with fun and peculiar tasks. Players can also unlock different weapons and rare skins from the store using game points.

An added clan system in the game assists you to create a bigger and stronger army. Players are pinpointed using their unique nicknames selected. 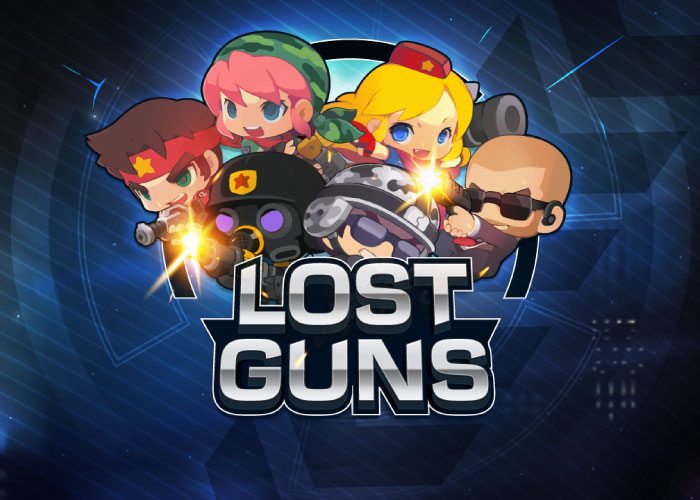 With over 10 Million downloads, BombSquad is undoubtedly one of the best multiplayer battle games you could find on the web. The game can be either played over a local or an online network in which you can connect with up to 8 players at a time.

The core of the game is to overwhelm your opponents by bombing them, making use of the jump and punch controls provided. Make sure your enemies won’t charge at you, falling from the cliff results in your failure.

BombSquad also has some of the best mini-modes such as the Capture The Flag, King of The Hill, Bomber Hockey etc with relatively virtuous visuals and sound effects. 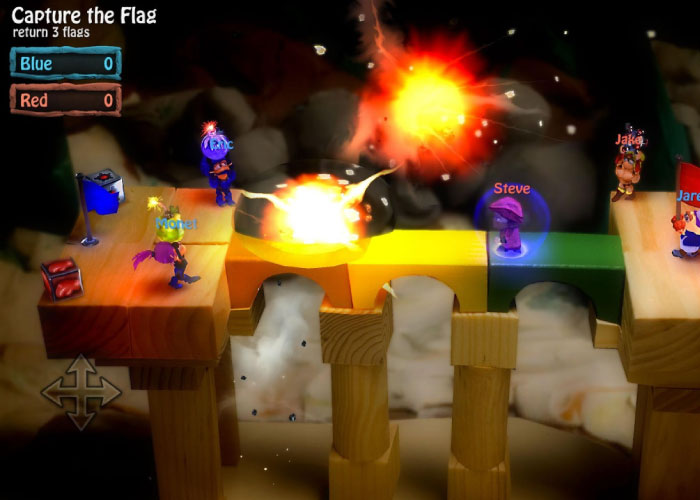 Set up your army and start fighting. WarFriends is a real-time online action game which put forward some incredible multiplayer experience.

As we said building your army would be the very fast task, to deal with. Players can employ soldiers, robots, snipers, helicopters, tanks etc to make your army stronger. You can make use of these units so as to dodge your enemies and win the title.

Graphics and visual part of the game are so solid, besides the game runs without any hassle. Players can enlist their friends in sequence to make them visible each time. 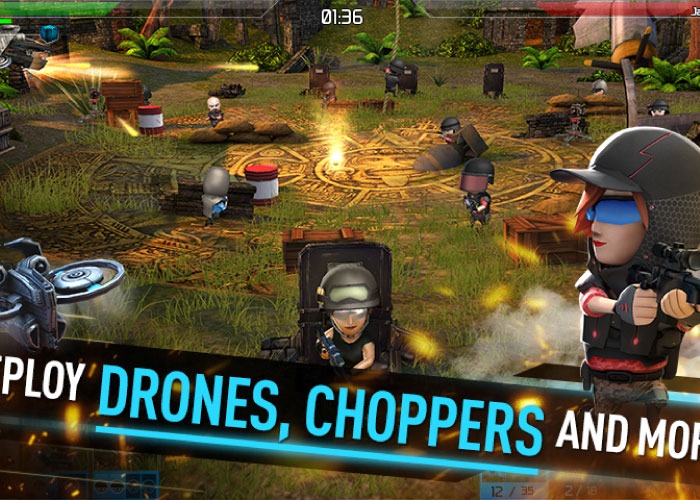 Battle on with Blitz Brigade. Blitz Brigade is yet another online multiplayer game from the well-renowned developers Gameloft. The game has already crossed the milestone of 10 Million downloads since the game is packed up with almost everything required for a multiplayer battle game.

Blitz Brigade allows up to 12 players to connect at a time on the battlefield. You can battle with anyone around the world as well as with your friends. The game has a wide range of weapons and vehicles to crush your enemies out. It has a total of 5 classes including Soldier, Gunner, Medic, Sniper, and Stealth.

Apart from these, the game also features a Voice chat function which aids the players for real-time game plannings. 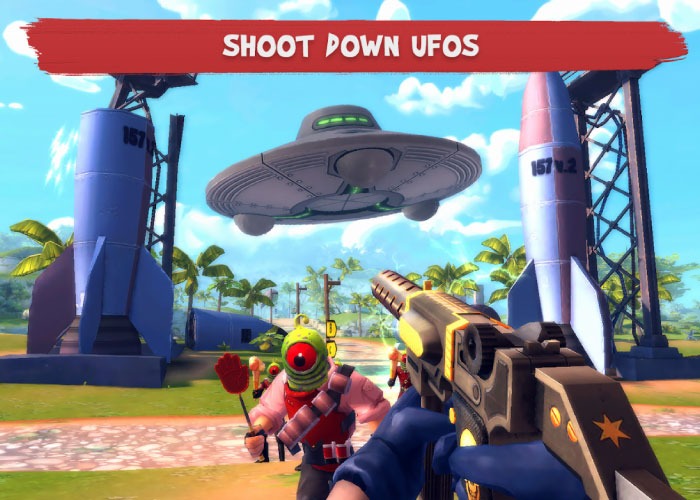 Ready to fight some terrorists? Standoff Multiplayer brings some awesome online multiplayer experience where the game primarily gives emphasis on the battle between terrorists and anti-terrorists.

Players can choose their roles and weapons to crush their opponents as per strategies. You can either play over a LAN network with some of your friends or else with any player available online.

The game also has a number of modes, for instance, Team Deathmatch, Capture the Flag, Sniper Dual to prove your ascendancy. 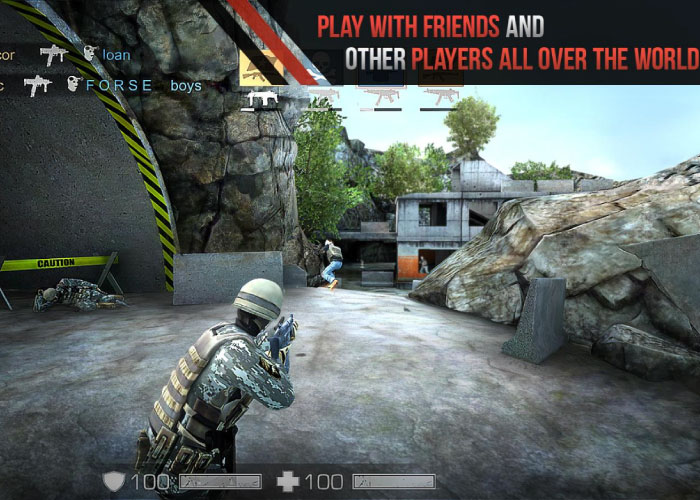 Ready to experience some immersive gameplay? Well, MazeMilitia is undoubtedly one of the best fps games out there for you. It is a shooting game with intense multiplayer actions which works on both LAN as well as an online network.

Team up and play with anyone around the world you would like to.  Connecting the game with your Facebook account lets you invite and play along any of your available friends and family members.

You can customize your character accordingly, so as to look like a pro player along with 50 levels of unlocking items in both online and offline mode. Players can also play and chat simultaneously using the quick chat feature included. 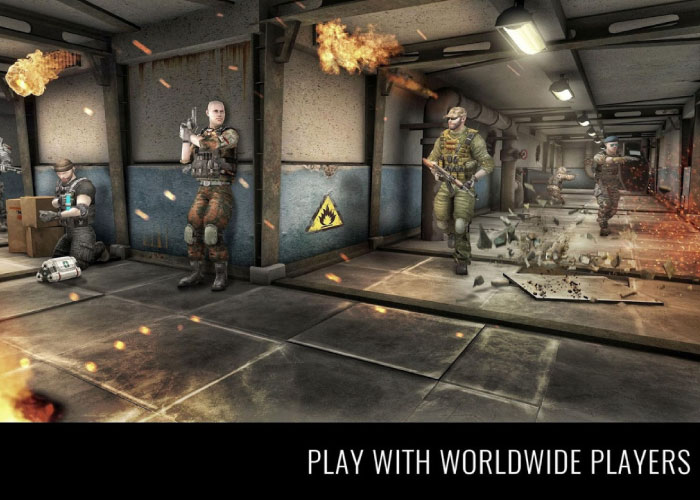 Winner Winner Chicken Dinner!! There isn’t even a need to introduce PUBG Mobile for you guys, as you should have already experienced it. As we all know, PUBG Mobile is a game of survival packed up with a bunch of features and realistic graphics and sound effects.

The game is well known for its realistic graphics and customizations. As it’s a survival game, the last man standing wins the battle. Players should survive inside the shrinking battlezone at the same time can make use of different gears so as to dodge down the opponents.

It includes a total of 4 maps and added survival modes of gameplay. Players can easily get connected with their friends without any hassle. The added live voice chat helps to communicate with your teammates more effectively. 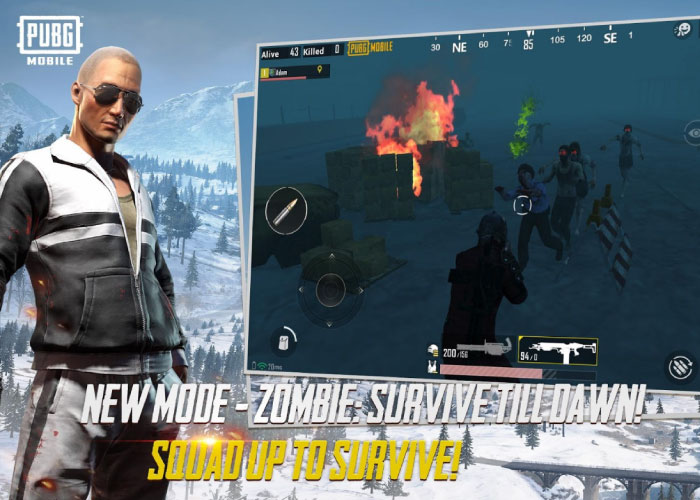 So, these were our top picks for the best multiplayer games like Mini Militia supported on your Android devices. Be sure to check these games out and comment down your favorite ones. And if you liked the content, don’t forget to share it with your friends as well.