2019 so far has been the year of the crime drama. There’s no doubt about it.

Major budget has been pumped into the genre by many of the world’s biggest channels and what that’s going to make for is a year spent almost entirely on the edge of our seats.

But what are the TV shows to watch and how can you watch them? Here’s our rundown of the best crime dramas to watch in the early stages of 2019…

Luther returned this winter after an absence of five years. Season Five came back more brutal and dark than ever before and a series of shocking deaths.

The season is available on iPlayer, alongside box sets of every other season, so if you’re living outside the UK, a VPN is very much recommended.

As the BBC is paid for by the British licence fee, iPlayer can’t be watched outside of the country, meaning downloading a VPN for the BBC iPlayer is a must to access the content.

And for Luther it’s a must. With surprise returns from characters and John Luther in deeper than he’s ever been, it’s pure exhilaration. Oh, and then there’s the crime he needs to solve too.

Carnival Row is set for release this year and has an all-star cast including Orlando Bloom, who is in the starring role.

Set in a neo-Victorian city, Bloom plays a detective investigating a series of murders on Carnival Row, in a world plagued with mythical creatures.

It’s set to arrive on Amazon very soon and also stars Cara Delevingne, David Gyasi, and Karla Crome. It’s all set to be one of the big budget shows of the year and will be well worth the Amazon subscription fee this year.

Dublin has long been a city with many mysteries, many tales to tell and a hive for edge-of-the-seat stories.

A BBC One and RTE Ireland production, the crime drama is based upon Tana French’s novels and stars Killian Scott, Rob Reilly and Sarah Greene.

Reilly arrives in Dublin from England and immediately stands out, but the detective is thrown in at the deep end when investigating the murder of a young girl outside the city.

More murders follow and it looks set to be one of the darkest in the genre this year.

It’s been picked up by Starz in the USA, with the eight-parter also due to be screened on Starzplay in a number of other countries across Europe.

Another British effort, set to be screened on both ITV and Amazon is The Widow.

Starring Kate Beckinsale, the eight-part season follows Georgia Wells, played by the Underworld star, who has cut herself off from her old world to start a new life. However, a chance encounter with her ex-husband sees her confront the past, with a huge amount of twists and turns along the way.

In a search for the truth about her past, she ends up in the African Congo, where the revelations just keep coming.

It’s set to be a huge hit right across the world, and will be accessible in around 200 territories. There really is no excuse for missing it! 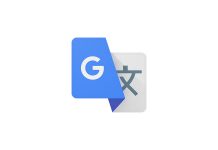 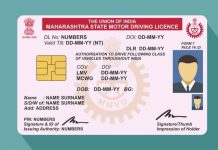 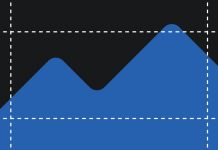