While watching games requires no special skills, adult life has made it quite hard to squeeze a game of cricket into our busy schedules.

The best option is to play cricket games made for cricket lovers.

When you search ‘cricket games’ on the Play Store, you’ll find many names, but it will eventually confuse you as to which is the best one for you.

These are all free games so you don’t have to pay upfront, but there may be some in-app purchases.

As I have said, the Play Store is overcoming cricket games, but not all of them are valuable. Following are the 11 best cricket games that you can play for free on your Android phone in 2021. World Cricket Championship 3 is an excellent game that is in its third generation.

Known to be one of the most popular and exquisitely designed games, you’ll see plenty of features that include a versatile shot selection.

The game also provides 14 divergent bowling actions with tonnes of control over your deliveries. This makes bowling as pleasant as batting.

The third generation of the game introduces the all-new ‘Career Mode.’

You can play as a cricketer with humble beginnings, by playing the domestic, league, and international matches.

Speaking of matches, there are 400 matches+ that span across 25 series over 3 brackets.

I say this is the time to show your strength across formats as a wholesome player.

The game has some stunning visual cutscenes that communicate your story at every stage of the game.

If you are a tactical player, then you can make such decisions, in terms of gear choices, match selection, etc.

Lastly, the game lets you build and manage your team. This means that you can form your final team as a cricket team captain, player, manager, and coach. A ‘Lite’ version of Real Cricket 20, Real cricket GO is another most popular cricket game.

If you want the absolute best graphics performance from a cricket game, then this is the one you should download.

Many complain that WCC has some sticky characters, and if you too have that issue, then this game is better.

Players can play all the ODI World Cup & RCPL Editions.

This way, you can rewind the ultimate event.

There are several game modes. 1P vs 1P, 2P vs 2P are the most commonly played modes.

Co-Op lets you team up with your friend and challenge the AI.

You can save all your match highlights and share them with your friends.

I like that users can opt for female commentary which is included as a part of other combo packs.

You can choose whether you want to play in the morning, afternoon, evening, dusk, or at night.

Real Cricket GO will give you a real experience. Sachin Saga Cricket Champions is a fitting ode to the God of Cricket.

Get an authentic cricket experience with this game as you’ll be playing as the iconic Sachin Tendulkar.

The best part about the game is the settings. You get to play Sachin’s journey – a humble beginning at the age of 16, playing in the same stadium as him, and vicariously playing his illustrious cricketing career of 24 years.

Hit the ball in cover drive, straight drive, etc. If you want to score more runs, use Boosters.

You can also opt for Powerplay.

With this game, you get to relive World Cup & IPL Journeys in their actual settings.

When it was launched, the earlier impressions weren’t what people expected. However, several software updates have improved that game.

The dynamic camera angles & replay camera lets you play as Sachin himself. If you are looking for a game that is fun yet easy to play, then look no further than Stick Cricket Super League.

One of the best cricket games out there, this game is synonymous with the new T-20 version of the game.

The graphics of the game are quite improved and I loved every bit of it.

When it comes to the gameplay, it is similar to previous stick games. And that isn’t bad.

Play this game for passing time when you don’t want to think or plan too much. The best part about the game is that it can be played on one hand.

According to my, it is one of the most mirthful cricket games for Android users. The name is fitting for the game – it’s epic!

This big league game will let you show your amazing batting skills.

Epic Cricket is epic in every way, so expect all the bells and whistles.

You can build the most extensive team with talented players and then you’ll lead them through victories.

As you go ahead, you’ll need to strategize to win knockout matches.

The feeling of reaching finals will give you the spark you need to battle the opposition. Like WCC3, World Cricket Championship 2 is a great cricket game that will blow your mind.

The recent update includes ICC Cricket World Cup 2019. Apart from the World Cup, you get to play Test, T20, and ODI in one package.

Play the IPL games with the players you select in the Auctions.

If you are into gaming customization, you’ll be happy to know that you can play with 36 different stadiums. CSK Battle Of Chepauk 2 is an official CSK game developed by Nextwave Multimedia.

There are tonnes of CSK fans across the globe, and if you are one of them, you will thoroughly enjoy the game.

The recent updates have introduced the latest CSK 2020 roster.

The best part of the game is that you can play the game in offline mode with your friends. It supports a real-time multiplayer feature.

It enables you to play with gamers worldwide. Yes, it’s that extensive.

Along with batting, you can bowl against real opponents.

The gameplay is buttery-smooth and will make players super satisfied. Those who have played World Cricket Championship 2 will notice quite a few similarities.

WCC Rivals will let you customize the players you want to include in your team. It has the most fluid gameplay experience, which is hard to find in such genres.

The best part about the sequel is that it is a high-definition sequel.

As the game supports 360 degrees, you can select any shot you want to play.

You can play the game offline and/or online. Stick Cricket Live is the best game to play with friends.

Apart from such fun modes, the graphics are fun and make everything easy to play.

This fast-paced, head-to-head game lets you a huge range of classic cricket shots as you outscore your opponent in live 1v1 cricket games.

You can win more matches by upgrading your bowlers.

Stick Cricket Live gives you a similar feel as Big Bash and IPL. Oh yes, Doodle Cricket is one of the best cricket games for Android in 2021.

The game is motivated by the Google Doodle Hidden Cricket game.

If you want to play a game with no stress whatsoever, then Doodle Cricket is the one for you. There aren’t any controls; it’s that easy.

You need only press one button to tap to score which you need to hit at the right time to score.

Also, there’s only one wicket – so you aren’t out until that one wicket drops.

This game is perfect for someone like me – who doesn’t know anything about cricket but wants to explore the game.

If your phone has low storage and you want to play a simple game of cricket, then Doodle Cricket is worth that remaining storage.

For those who miss playing cricket outdoors, these games are the saviors.

They aren’t console-level, but they will do the job of keeping you as a player on the field.

Which game did you decide to download? Do you know a game that can help our readers? Tell us in the comments section below. 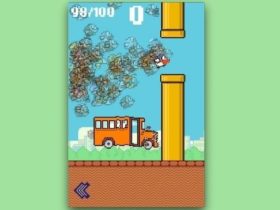 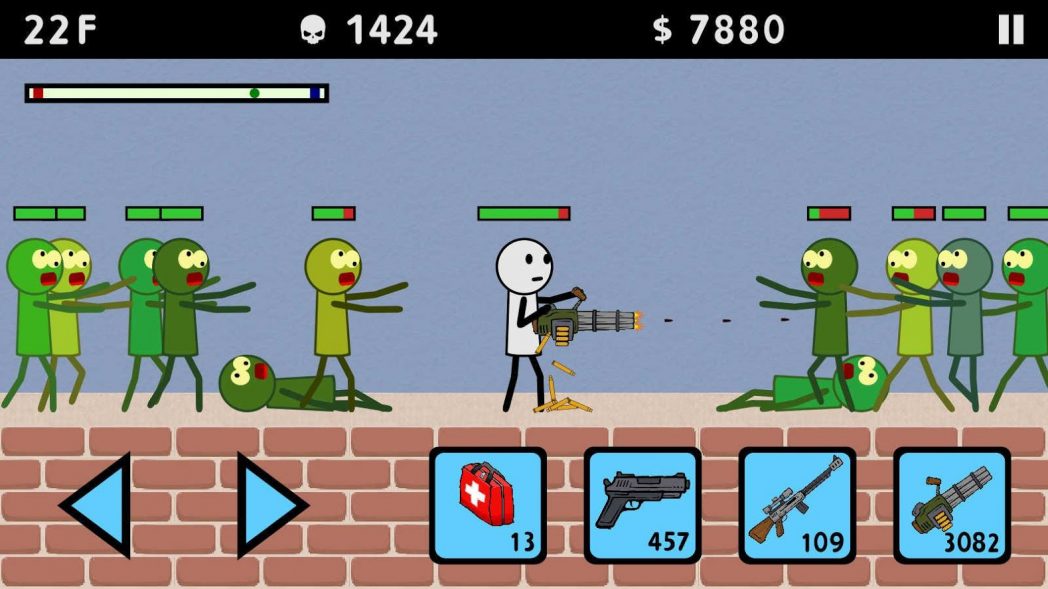