On Thursday, a Sao Paulo state court fined Apple Inc 100 million reais ($19 million) and ruled that battery chargers must be provided with new iPhones sold in the country.

The Brazilian court ruled against Apple in a lawsuit filed by the organization of borrowers, consumers, and taxpayers. It argued that the company commits cruel practices by selling its flagship product without a charger.

In September this year, the Brazilian Ministry of Justice ordered the suspension of iPhone sales in the country after determining that it is unfair to consumers to sell the product without the power adapter or charger. Regardless, Apple has been selling iPhones in Brazil.

“It is evident that, under the justification of a ‘green initiative,’ the defendant imposes on the consumer a required purchase of charger adaptors that were previously supplied along with the product,” said the court’s decision.

In Brazil, Apple was fined $2.4 million for not selling iPhones with a charger. But, the company’s decision to appeal the ruling bought some extra time to keep selling the devices in Brazil while it readies its defense for a higher court.

Moreover, Samsung too was fined and ordered to meet the exact requirement in Brazil. The firm decided to concede with the Brazilian authorities and began including the charging adapter with its products.

This bid is somewhat similar to the recent ruling in which the EU made USB-C the standard port for all wired charging personal devices. The US Senate and authorities in India are also considering a similar proposal. So by 2024, Apple has to include the type-C port in their iPhones as it is the only one left to do so. 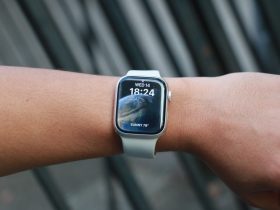