Two researchers claimed that iOS sends a detailed report on how Apple users interact with the apps.

Also, the cybersecurity experts note that the firm had been tracking the App Store since iOS 14.6 in May 2021.

Meanwhile, Apple introduced new ad placements to the App Store last month. Earlier, developers could only advertise their apps in App Store search, and now, they can also pay to show their apps on app pages and in the Today tab.

The Mysk developers said, “It seems that the #AppStore on 1OS 14.6 sends every tap you make in the app to Apple. This data is sent at one request. As the user browses the App Store app, detailed usage is sent to Apple simultaneously.”

In a series of tweets, the cyber researcher noted that the recent changes that Apple has made to App Store advertisements should raise many privacy concerns.

However, the researchers aren’t sure whether the American tech giant is yet collecting analytics data for iOS 16.

If the reports are to be believed, the App Store transmits data even when the “Personalised Ads” option is turned off. 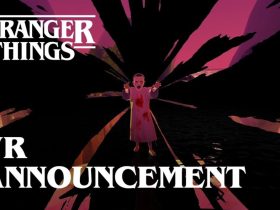 HONOR all set to launch a flagship smartphone on November 23